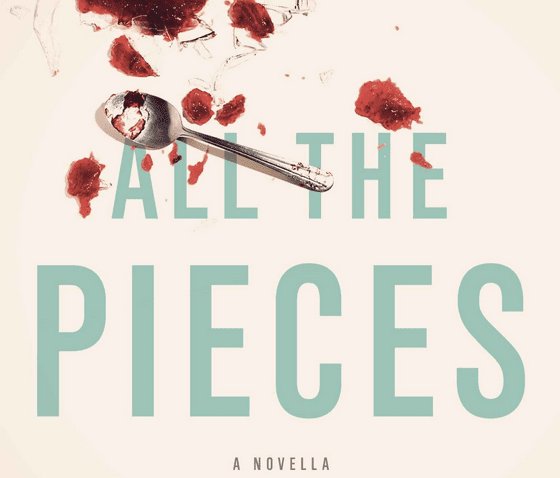 Author Mary E. Kingsley is a critically acclaimed author of ANGEL and just released a new novella, ALL THE PIECES. Her new novella, which is actually shorter than a novel but longer than a short story, is a perfect one-night escape for mom! Believe us when we say it’s part mystery, part love story. It’s an e-book available exclusively on Amazon.

Sometimes there are stories floating around about things that happened a long time ago, which nobody can explain. When eight-year-old Anna Lee takes off running one day, fleeing a painful scene and seeking refuge from her family’s lingering grief, she unknowingly brings to the surface some questions that this small, southern Appalachian community had long ago buried.

Who was the stranger that appeared at the midwife’s door one distant winter’s night and disappeared again silently, leaving a mystery that had remained for over a generation? Who was the child that was born with eyes the color of a harvest moon, that only wanted to sing, and the boy that would grow to love her beyond himself? What was the reason for the brutal murder in the woods that left one man dead, another sentenced to life in prison and a young woman to die months later, without ever uttering another word? And who was the man that came face to face with Anna Lee in a place she was certain no one would find her, each of them in their hour of greatest need, each with their own pain and secrets to be revealed–and perhaps healed?

The desperate search for the runaway, Anna Lee, is paralleled by the storyteller’s version of a mystery that most folks around have long forgotten. All the while Anna Lee struggles within a situation that holds danger beyond what she can imagine, and it is only in her innocence, even in the face of death, that she becomes the key to a revelation and the answer to a longing.

All the Pieces is not only a tale of birth, death and grief, but is also the story of profound love and a journey’s end.

Mary has been kind enough to give away copies of her novella to blog readers. Enter to win below:

Mary E. Kingsley was born in Kingsport, Tennessee, a town tucked up in the northeastern part of the state, not far from the Virginia, Kentucky and North Carolina lines. Although the town itself sits in a valley along the Holston River, the surrounding hills of southern Appalachia defined the local culture and shaped her childhood.

This article was made possible by Mary Kingsley!