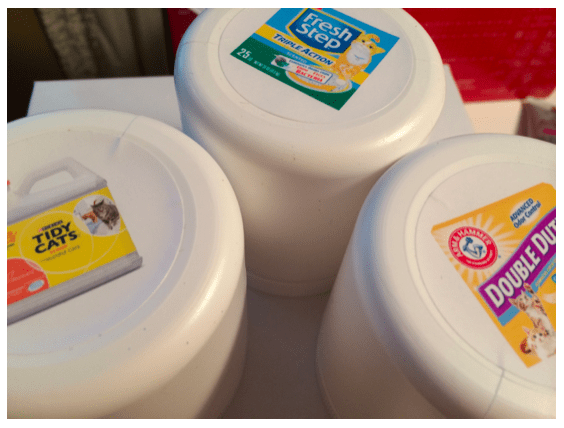 Speaking of a sniff test, we decided to conduct our own. We were sent a sniff test to try and see the difference between ordinary cat litters and the Fresh Step Triple Action Litter. 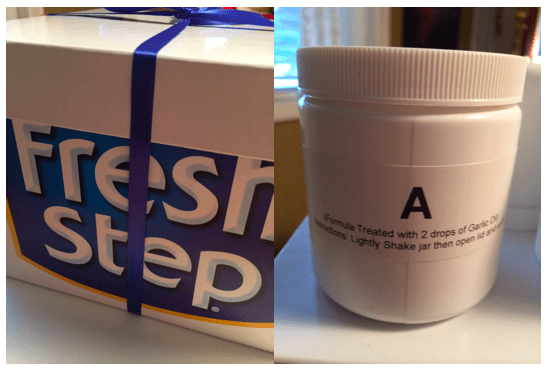 Each of the 3 jars has been treated with Garlic Oil. Oh yes, it’s bad. Well, for 2 of them at least! The goal here is to see how well each jar of litter reacts to the smell. So we put it to the test.

We had to lightly shake the jar and then proceed to open the lid and take a sniff. Try not to gag. The results were however slightly fascinating. There were 2 jars that did NOT pass the test. The smell was awful and the garlic lingered around for minutes.

The Fresh Step Triple Action litter smelled like fresh plant extracts. It smelled like lemongrass, to be exact. It definitely passed the test!

The best part was that the scent was not overpowering. Not only did it mask the garlic oil, it managed to do this without drowning out the room in perfumes and stinky smells.

When it comes to the kitty litter, it’s hard for me to say that scooping messes from the litter box are my favorite things about my precious kitty. Why couldn’t she be one of those cats that I have seen on YouTube, using and flushing the toilet all by herself? Wouldn’t that be nice? Well the facts remain the same, and I have to make sure the kitty litter experience is pleasant for both of us. Most of the litters I have used not only smell unpleasant straight from the box, but they smell even worse once they have been soiled! Fortunately Fresh Step is right there, creating a revolutionary product, that is safe for my kitty and even safer for my nose!

Fresh Step is revolutionizing kitty litter by adding natural plant extracts to its line of litters. Being a health conscious person, I can always appreciate when a company decides to use some of the beautiful and powerful plants that Mother Nature has given us. Fresh Step already contains activated carbon and high quality clay to eliminate odor’s naturally, but with the plant extracts as well, it provides us an even better odor elimination power than before! 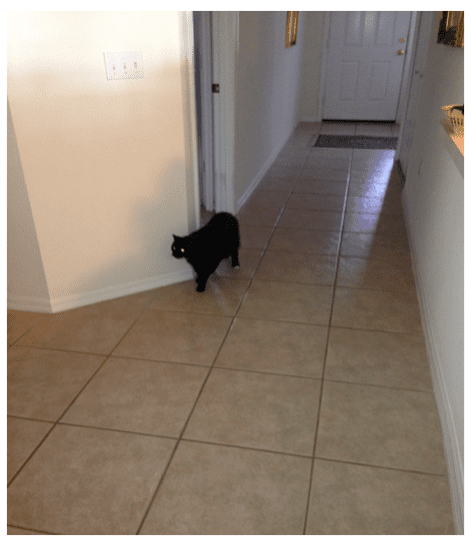 Tat the Cat approves the litter! Available in most quality stores across the nation, the plant extracts in Fresh Step litter contain two main ingredients: chlorophyll and essential oils. Chlorophyll actively binds to odors and eliminates them from the air; this is what is going to make this a pleasant experience for me when it comes to kitty litter scooping time. The essential oils in the litter act as a “stench force field”, that blocks out the offending odors before they even leave the litter box. Combined with the activated carbon in Fresh Step litter, the ingredients help remove odors naturally, for even better odor elimination and a better experience for you and your cat. 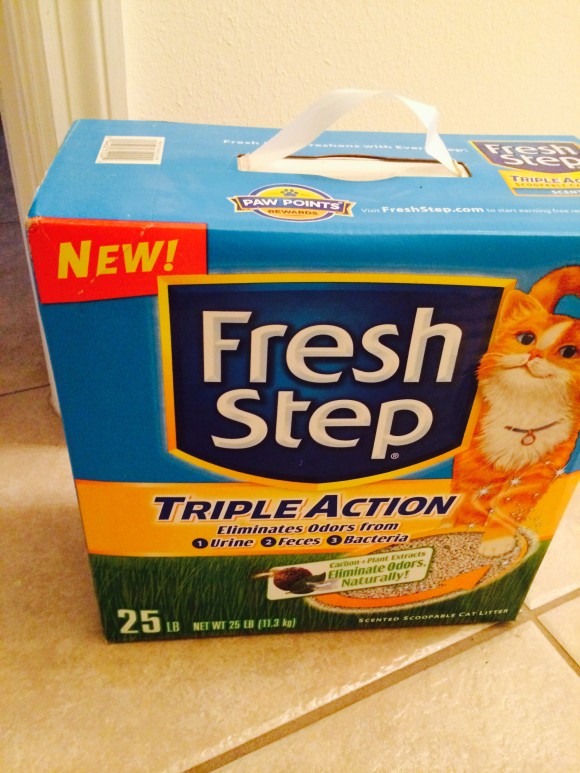 Even though the litter box isn’t one of the most favorite things my cat and I have shared over the years, with the new Fresh Step litter, I can look past her faults and concentrate on the memories we have shared and continue to share, as her being my faithful companion.

The exclusive plant extract and chlorophyll ingredients have been added to Fresh Step litter products, including:

Fresh Step Multi-Cat Scented and Unscented Scoopable Litter: Even in multiple cat households, the carbon and plant extracts in this litter formula eliminate odors naturally. SRP is $10.29 for a 20 lb box.

I participated in this post through Burst Media and the makers of Fresh Step Litter, although I was compensated, all opinions are my own.