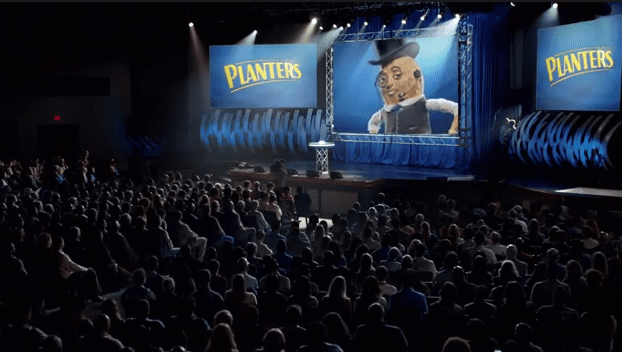 I recently watched this Planters video: The Power of the Peanut. The video’s message was about, “Science doesn’t lie because it’s made of facts”.

It motivated me to talk a little about my fitness goals.

“It’s too hard to lose weight” I hear people say all the time. They give up before they start. The only true successful method is the science method. There is no magical food, supplement, or diet. Crash diets don’t work because after you go off them, the weight comes back. The only true method is diet and exercise. You have to burn more than you put it. Its that easy. It’s so much simpler than you thought, because it’s just science. Here are some simple tips to help boost your weight loss!

Believe it or not the first tip is to sleep more. Now if that doesn’t sound like the antithesis of what everyone else has told you. It seems like you have to wake up at 4am and run ten miles just to get in your daily exercise. Fortunately for you, a study on adult sleep habits performed by The Nurses’ Health Study followed 68,000 middle-age American women for up to 16 years. Compared to women that slept seven hours a night, the women who slept five hours a night or less were 15% more likely to become obese.

Eat more! What? Yes you heard me right. Eating 5-6 small healthy meals a day can help you lose weight instead of eating a few large ones. A study by the Journal of the American Dietetic Association, people with a healthy body weight eat more often than people that are overweight.

Most people I know trying to lose weight, try to skimp on calories by skipping breakfast, only to find out by the end of the day they are so hungry their dinner makes up for their breakfast, AND lunch. A study of the effect of breakfast on body weight performed by the British Nutrition Foundation showed that breakfast eaters where generally slimmer than the ones that skipped it.

Some like it hot! A half teaspoon of cayenne pepper at mealtimes increases metabolism and causes the body to burn ten extra calories.

Lastly, using smaller plates can help you to keep your weight loss program in check. Over time you will get used to the smaller portions that you put on the smaller plates. Research from Cornell University found that people who ate meal using a dessert sized plate believed they were eating about 20 percent more calories than they actually were.

Good luck to you staying healthy and dropping a few pounds! It works because its science and science doesn’t lie because it’s made of facts.

I was selected for this opportunity as a member of Clever Girls Collective and the content and opinions expressed here are all my own.