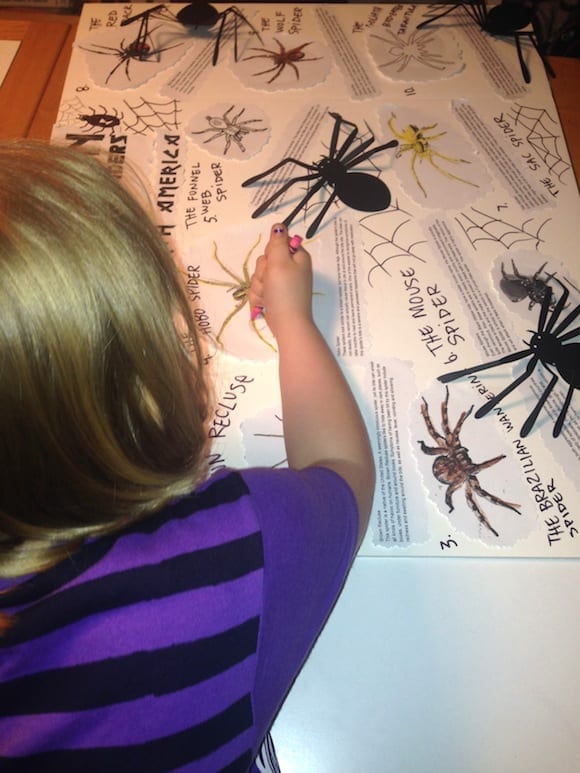 This post brought to you by The Orkin Ecologist. All opinions are 100% mine.

The Orkin Ecologist website inspired my daughter and I to make a fun themed poster board of the deadliest spiders in North America.  My daughter has always had an interest in bugs, specifically those that can cause her harm.  I think she has always loved them partly because she wants learn enough about them to protect herself from them, and partly because of how interesting it is that something so small can be so dangerous.  Specifically she has an interest in spiders.  She can spot them from a mile away.  From the tiniest spider, to the ones that make her run away screaming, she is slowly becoming familiar with them all. 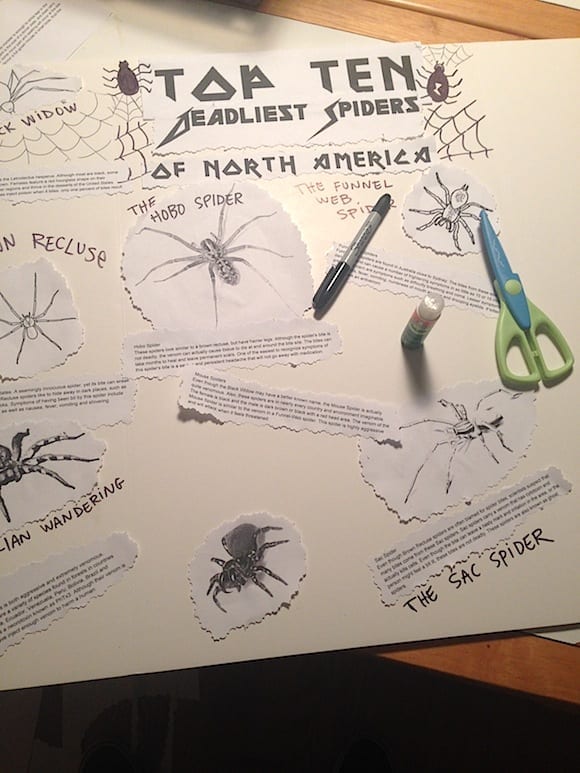 With Halloween right around the corner, what better time to help her learn about some of the spookiest spiders than right now.  Although most times her questions about the spiders she has seen around our house end with a "no that isn't a brown recluse, hand me some tissue paper".  I can say that I was totally surprised when she remained completely calm in directing me towards the (correctly identified) black widow spider, who had decided to make its home beside our vent. 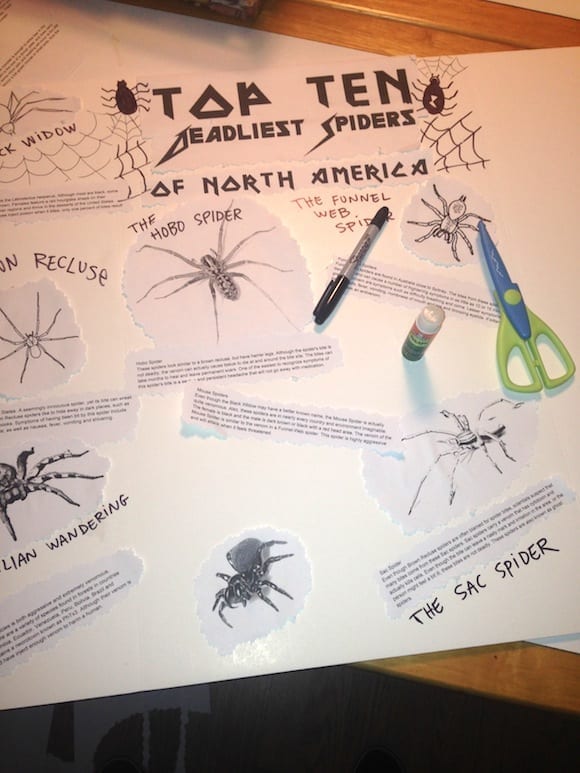 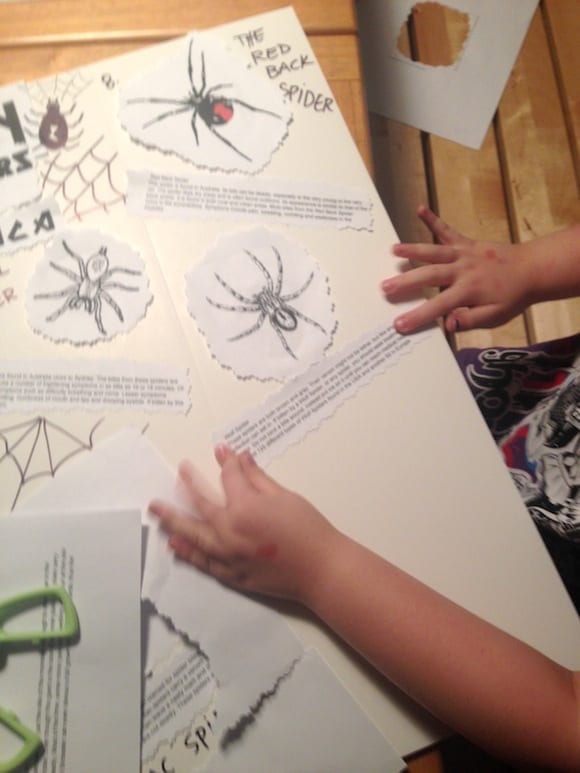 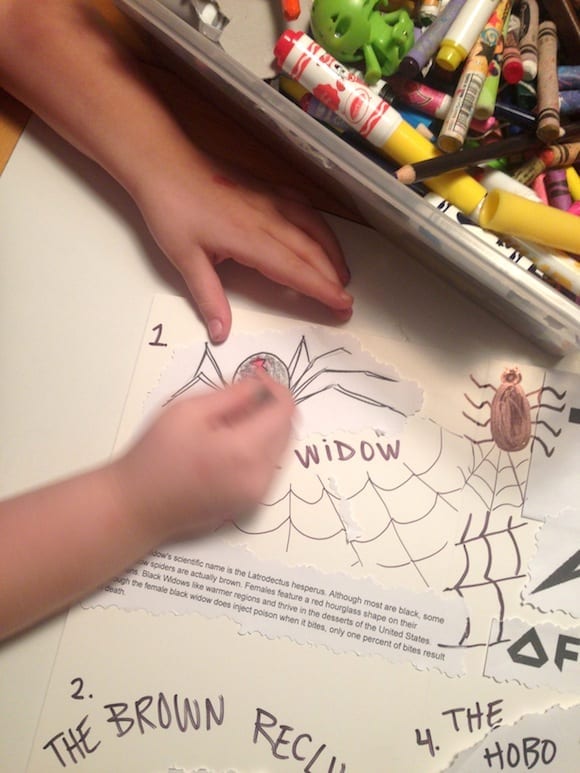 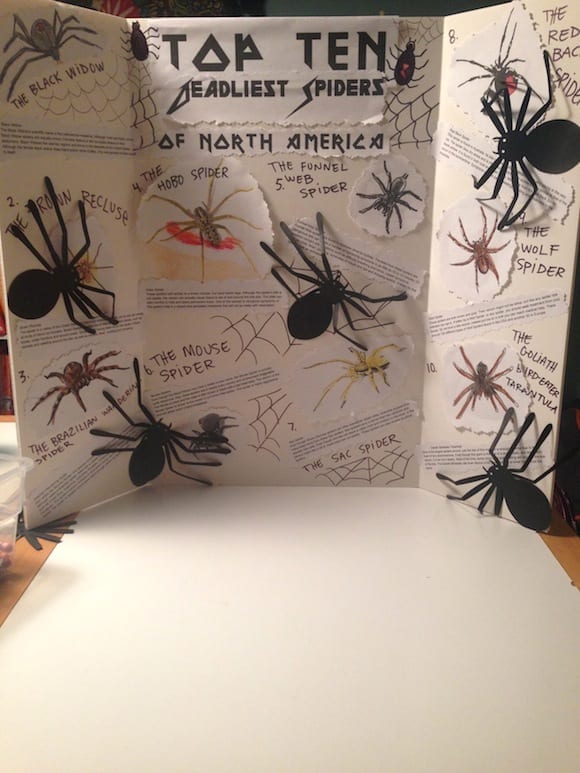 With an eye like that, and able to keep her cool, she not only deserves to take part in this fun project that can help her identify some of the deadliest spiders, but also deserves the fun family time to create it, learning, growing, and identifying these creatures together.  I quickly learned that her two favorite spiders were the infamous black widow, and the brown recluse.  I think both because of the possibility of her actually seeing one of these things in our geographic location.  It is amazing that something the size of a pencil eraser, when attached to eight legs and a red hourglass can cause not only so much fear, but pain and even death!  I have to say, the black widow might actually be my favorite spider as well.  It's a good reminder that size and power aren't always related.

With inspirations and resources from Orkin's ecologist website at http://ecologist.orkin.com/the-worlds-scariest-and-deadliest-insects/, and various other places around the internet we were able to identify some of the deadliest spiders known to man.  I found outlines and let my daughter color them, and helped her compile some information about them, including their description and placed them on a poster board.  The rest of the decoration came from the inspiration I was able to share with her. 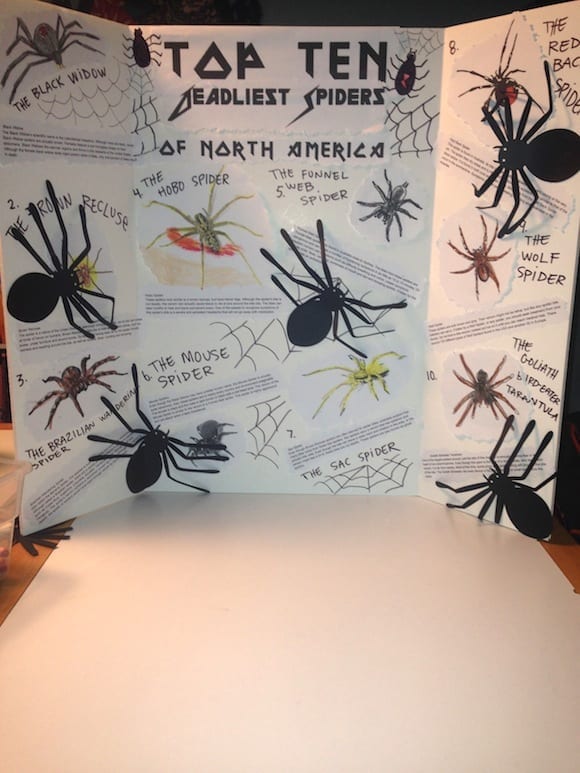 It was simple, fun and educational.  It helped her keep a harness on her fear of deadly spiders, helping to understand why they do what they do, and that they aren't as scary as she thought, just something to be admired from afar.