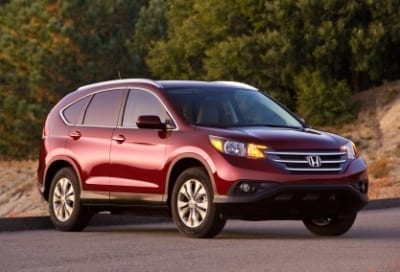 Eight brands win awards across 18 categories; Honda and Ford tie for most wins; Acura, Buick, Subaru and Toyota have two wins each. 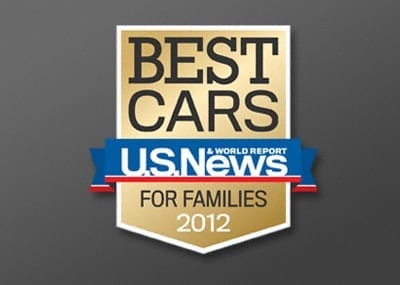 U.S. News Best Cars, one of the most influential and trusted sources for car rankings and reviews, announced today the 2012 Best Cars for Families Awards, featured at www.usnews.com/cars-families. These awards help busy parents navigate a confusing automotive market by identifying the cars that offer the best combination of factors important to everyday families.

To determine the winners in each category, U.S. News editors combine the consensus opinion of automotive critics with safety, reliability, passenger and cargo volume data as well as an index of family-friendly features. The awards, and the Best Cars website, are published by U.S. News & World Report, which has a long history of helping Americans make the best choices when it comes to higher education, hospitals and more. More than 20 million people have visited U.S. News Best Cars in the past year alone.

Eight brands won awards across 18 automotive categories, including cars, SUVs and minivans. Honda and Ford led the pack with four winning vehicles each, while Acura, Buick, Subaru and Toyota had two wins each.

“American families need cars that are safe, reliable and designed to make life easier,” said Jamie Page Deaton, Managing Editor of U.S. News Best Cars. “The winning vehicles provide the best mix of the bells and whistles today’s families want with the basics they need. From the rugged towing and foul-weather capabilities of the Toyota Sequoia, to the comfort and space of the Honda Odyssey, to the high-tech features to keep teen drivers safe in the Ford Taurus, this list offers a vehicle for every type of family.”

– Buick Enclave Best Affordable 3-Row Midsize SUV for Families – One of two awards this brand took home, Buick has been redesigning its product line since 2008 and it shows. In addition to being an IIHS Top Safety Pick, the Enclave has an unusually roomy third row for a midsize SUV – and safety features like rear-view cameras, voice controls and OnStar make it the most family-friendly vehicle in its class.

– Subaru Impreza Best Compact Car for Families – Its standard all-wheel drive and performance makes the Impreza not only surefooted in bad weather but an impressive ride in all weather – giving it the edge in its category. Available as a sedan or hatchback, it’s an IIHS Top Safety Pick and has spacious seating and a useful cargo area.

For each category, the winning vehicle has the best combination of positive reviews from the automotive press, safety and reliability ratings, passenger and cargo space, as well as available features that are helpful for families.

ABOUT U.S. NEWS BEST CARS
Since 2007, U.S. News Best Cars, part of U.S. News & World Report, has published rankings of all new vehicles sold in the U.S. on its website. Best Cars is one of the most influential and trusted sources of car advice, with more than 20 million people visiting in 2011. Each year, U.S. News publishes the Best Cars awards, including Best Cars for the Money and Best Cars for Families.

« Top Trend: I Print, You Print, We All Print For ePrint.