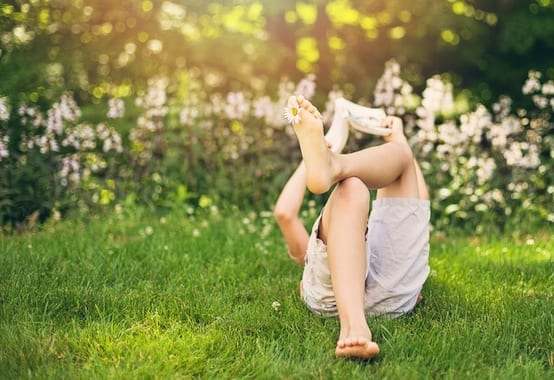 If you are unaware, unschooling is a form of homeschooling that requires less structure than typical schooling or even a homeschool approach. There are different approaches to both Homeschool and Unschooling, ranging from radical to structured. There are also other ways to Homeschool including virtual school, which our founder just recently stepped into the world of. Perhaps she will share how that works for her family.

I am going to share with you what Unschooling is like for us and my opinion on how effective it is.

Wikipedia defines Unschooling  as “an educational method and philosophy that advocates learner-chosen activities as a primary means for learning. Unschooling students learnthrough their natural life experiences including play, household responsibilities, personal interests and curiosity, internships and work experience, travel, books, elective classes, family, mentors, and social interaction. Unschooling encourages exploration of activities initiated by the children themselves, believing that the more personal learning is, the more meaningful, well-understood and therefore useful it is to the child.” This is 100% accurate and it’s important to understand that it is not something people choose to do as a way to be anti-everything modern and typical. It’s an alternative for children who sometimes need a different kind of environment that school systems provide.

Ever since my son started public school, he has always had behavioral problems. They were nothing very alarming, but certainly disruptive to the other students. While he was still learning, his behavior was a distraction for others. And it was also a distraction from him being able to learn as fully as he was capable of learning. He was bored with the material.

I started teaching my son “school” at home when he was young. We did things most typical kids didn’t do. I wanted my child to be very bright, so I took any interests he had and fully engaged him in those when I could. He started playing Minecraft at 3 when I learned that Minecraft wasn’t just a silly video game. We started writing our letters around 2 years old. By the time he started pre-k, he had already been doing a lot of the things they were geared to teach him.

Because he knew the material, I think it caused him to get bored quickly because he was ready to move on to the next thing and that wasn’t going to happen. And I feel that because of this, coupled with his behavioral problems, he regressed.

Once these kinds of things continued to happen over the next couple of years, I began to research my options. The school was dead-set on me getting him to a therapist because they strongly believed he had ADHD and I knew better. My son has PTSD and anxiety. I don’t believe in diagnosing kids his age with serious disorders as such without examining his entire life thoroughly. So we went to a therapist and she confirmed what I believed: he is not ADHD. His anxiety was causing a lot of the problems along with problems we were having at home. School was his reprieve from the stresses at home. I eventually wound up having a second therapist counsel him and she said the same thing as well as how public schools weren’t “equipped to deal with kids like [him].”

I learned about gifted kids and how their intelligence can also lead to behavioral problems. We sought to have him tested and that took over a year. In the meantime, I considered homeschooling. One day I learned about unschooling. When I read that, it was like a breath of fresh air and a relief to know that our approach prior to school was actually something legitimate; a way to school kids who need a relaxed environment where they can engage themselves on their own accord and still be learning what they need to know as they age.

As you may know, this past year we dealt with the whole standardized testing issue. 3rd grade in our state is a retention year (as it is in15  other states who adopted this system). I knew that the chance of my son performing well on a FOUR hour long test (which isn’t even geared wholly towards his grade level) was unlikely. He has performance/testing anxiety that is almost crippling. We refused to participate as is our right and he was held back. We filed a lawsuit along with several other parents across the state and eventually our county gave in and promoted him by other means.

Then I made the decision to withdraw him and enroll him in a private school where I had the freedom to school him however I pleased without someone breathing down my neck.

We choose to do a more relaxed approach to unschooling. We sometimes use workbooks and sometimes we simply do research whenever his interest in something is piqued. I have also chosen to incorporate certain subjects in his schooling that are of interest to him and are things he is going to eventually need to learn. We do manuscript writing, we are learning sign language, we are reviewing a lot of things that went unfinished from 3rd grade, like his times tables. We do fractions and telling time. These things are important and will be useful for him when he is older.

There is an abundance of resources out there to help us to broaden our skills and knowledge. I am not worried about him not learning the things most kids are learning to repeat in school. There have been studies done and statistics show that kids who are homeschooled are usually brighter than those in public ed. I attribute this to the fact that lessons aren’t limited and there isn’t time dedicated to test prep. We can focus on the academics he needs at a relaxed pace.

How much time in school are kids REALLY focused and learning academically? We can do everything the school does and then some.

There is a myth that homeschooled kids aren’t socially integrated with other kids their age. This is untrue as well. I am a part of two homeschool groups on Facebook who have regular meet-ups scheduled specifically for homeschoolers. They meet up at a local park once a week. While it has been hard for us to attend these since they are during the day and we are down to one car at the moment, I have no worries that he will become “socially awkward.” We make time to visit parks when we can so that he can be around others just for socialization. Once we are able to, we will be regular attendees of our homeschool visits. Our groups also plan field trips. They had one in August already and have two other ones planned in the next couple of months. I don’t remember my son having this many field trips in school.

We also do family field trips. Last week we visited a local museum for free museum day (something that is nationwide, if you aren’t aware) and the week before that we visited our local marine and biology center.

We absolutely LOVE unschooling. My son is able to relax while receiving an excellent education. He has plenty of resources available to help him gain even more knowledge and skills. We utilize programs, apps and family members with certain skills to help him learn in certain areas of study. My original plan was to unschool until middle school, but I am now thinking we will do so at least until high school and maybe even through that. I am not looking that far into the future. We will always do what is best for our child and we know that unschooling is in his best interest right now. That could certainly change down the road, but we try to stay in the present so as not to get ahead of ourselves.

NEXT
TAGS:unschooled, unschooling, why i chose to unschool

If You Are Tired of Political Posts on Facebook, Do This Now »