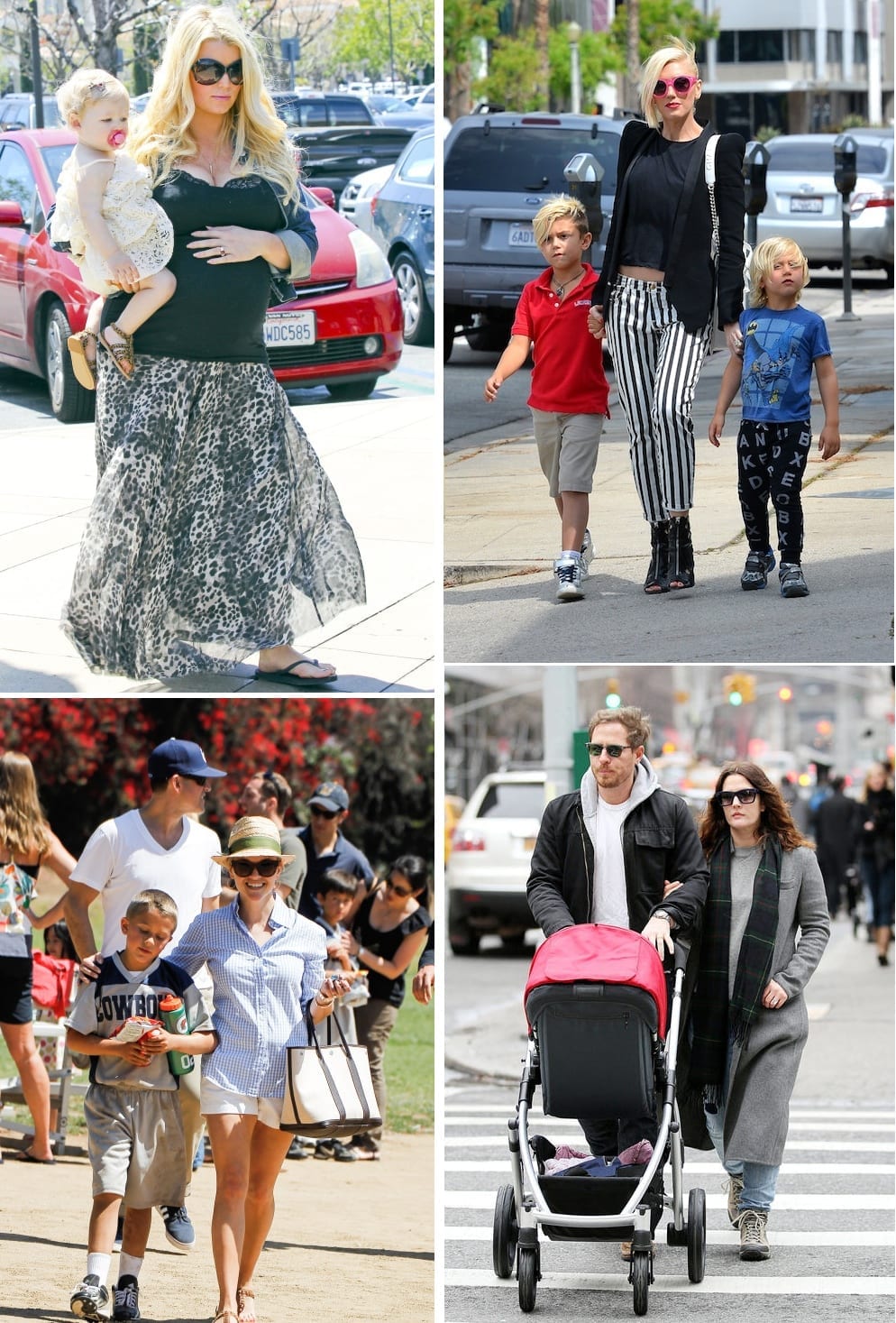 A recent survey found that more half of American women were considered the primary breadwinners in the family. So let’s take a look at 10 celebrity moms who cash in at higher levels than their partners, from Jessica Alba, to Julia Roberts, to Gwen Stefani.

Jessica Alba – mom of daughters Honor, 4, and Haven, 1 – has an estimated net worth of $20 million. While her husband Cash Warren is a Yale graduate and film producer, Jessica rakes in millions for her movie roles, and is now the co-owner of the Honest Company.

But Jessica is sure to give her lower-earning husband credit for her ongoing success. “My husband Cash has been integral in my development as an entrepreneur,” she said.

Bethenny’s estranged husband, Jason Hoppy, has a much lower income as a pharmaceutical rep. Perhaps this was an issue in their “miserable” and short marriage?

British rockstar Gavin Rossdale and his band, Bush, broke up in 2002. But his rocker wife,Gwen Stefani, continues to be the frontwoman of No Doubt. And not to mention, she created her successful clothing line, L.A.M.B.

With her acting career and successful production company Flower Films, Drew Barrymore earned $12 in 2009. And her estimated net worth is a whopping $125 million.

Although Drew’s new husband, Will Kopelman, is an art advisor and no stranger to wealth (he is the son of former Chanel CEO Arie Kopelman), his paychecks pale in comparison to his famous wife.

The pair are new parents to 7-month-old daughter Olive.

With an Academy Award and numerous hit movies under her belt, it’s no surprise that Reese Witherspoon – mom of Ava, 13, Deacon, 9, and Tennessee, 7 months – has an estimated net worth of $80 million.

While she was once wed to fellow actor Ryan Phillippe, and recently dated fellow A-lister Jake Gyllenhaal, she is now married to talent agent Jim Toth, whom does not earn multi-million dollar paychecks like his famous wife.

Jessica Simpson is one of the most famous singer-turned-entrepreneurs of all time.

The expectant mama has a lucrative fashion line, a Weight Watchers deal and a hosting gig on TV’s Fashion Star, making her estimated net worth around $100 million.

Meanwhile, her fianc Eric Johnson, a former NFL player, is not bringing home any known revenue at the moment. The couple expect their second child within weeks, and they are already parents to 1-year-old daughter Maxwell.

She’s a former soap star that turned into a successful talk show host, holding her own next to the king of daytime TV, Regis Philbin.

But Kelly Ripa – lucky in love after 17 years of marriage to her All My Children costar Mark Consuelos – is also incredibly wealthy, worth an estimated $75 million.

With Mark taking on the occasional hosting gigs, Kelly rakes in the dough for Mark and their three kids: Michael, nearly 16, Lola, nearly 12, and Joaquin, 10.

Academy Award-winning actress Natalie Portman has been called one of Hollywood’s most “bankable” actresses.

Her husband, ballet choreographer Benjamin Millepied, recently landed the new role of Director of Dance at the Paris Opera Ballet. But Natalie – mom to 1 1/2-year-old Aleph – is still the main breadwinner, with an estimated net worth of $32 million.

Nick Cannon reportedly receives $70 thousand per episode of America’s Got Talent. But that does not even compare to his wife, Mariah Carey, and her reported $18 million salary to joinAmerican Idol.

As one of the most successful female recording artists of all time, Mariah is worth an estimated $500 million, making her more than capable of providing a luxurious lifestyle for the couple’s 2-year-old twins Moroccan and Monroe.

Pretty Woman star Julia Roberts was ranked the fifth highest-paid actress by Forbes in 2011 and regularly pulls in double-digit figures for her movies.

After meeting on the set of 2000 s The Mexican, Julia and her hubby, cameraman Danny Moder, have welcomed three children: 8-year-old twins Finn and Hazel and Henry, 6.

But although Danny also works in the film industry, he doesn’t even come close to his wife’s estimated net worth of $140 million.

Season 2 of I’m Having Their Baby Premieres Tonight! » 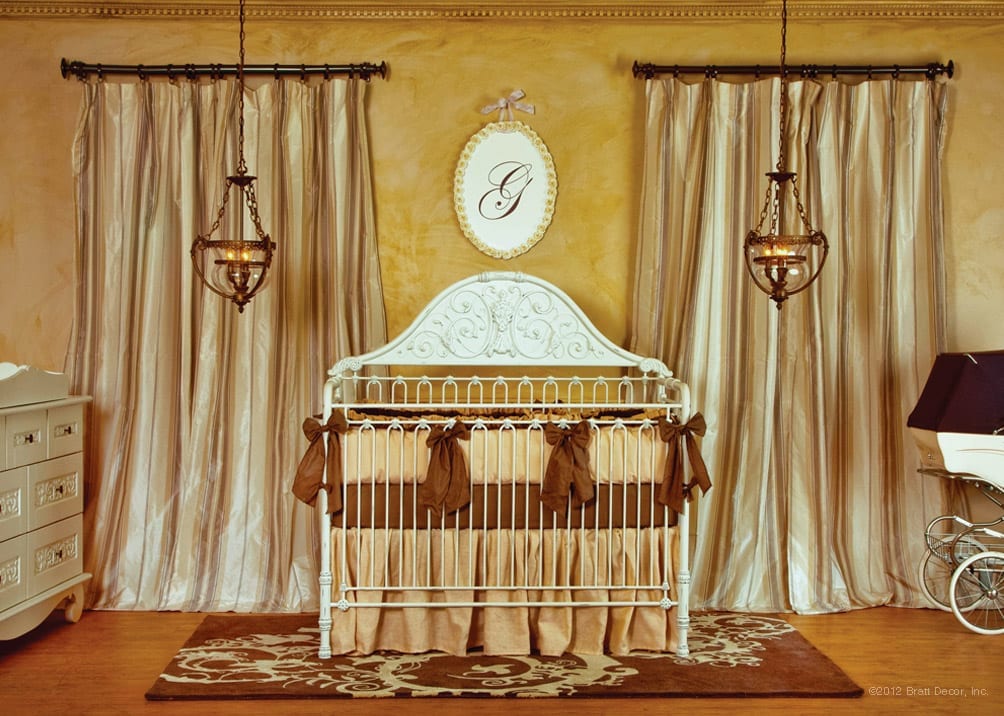 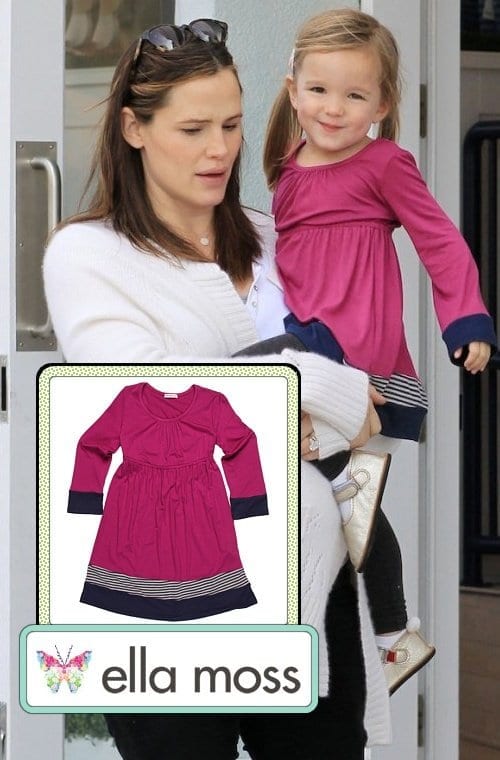 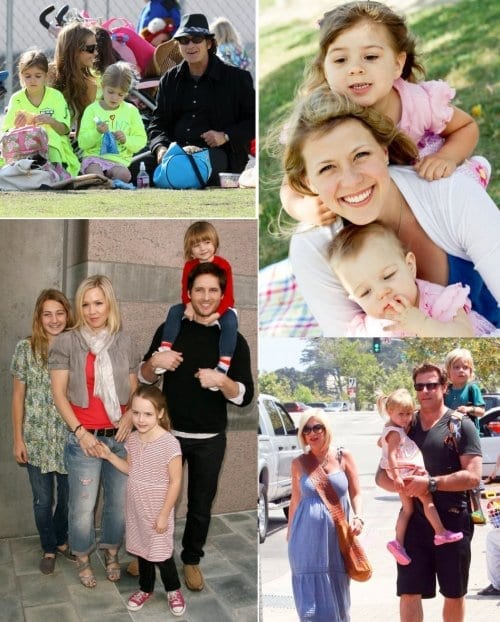