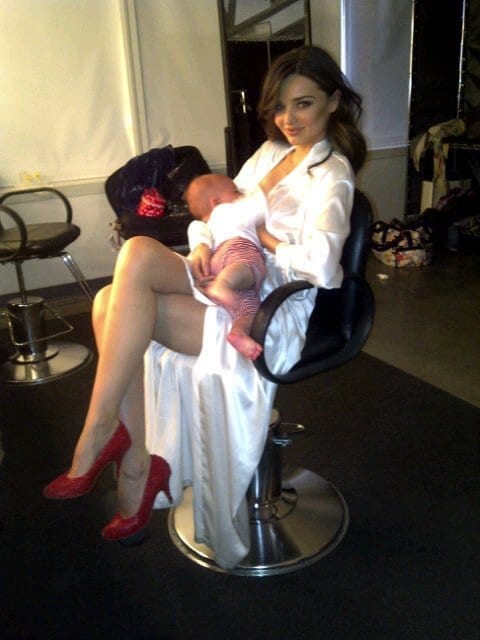 Although it’s still considered taboo in some circles, there’s no shame in nursing your baby in public… or on the cover of a magazine for that matter! Celebrity moms such as Gwen Stefani, Maggie Gyllenhaal and Miranda Kerr are on board. And not to mention Salma Hayek‘s experience with wet nursing a starving infant in Africa!

Note: Due to the very boobalicious nature of some of these photos, we decided to not embed all of them here. While we’re in no way saying breastfeeding is vulgar (we love it!), we understand that some people check our site out at work and might get a few sideways glances from co-workers! So be sure to check out the slideshow of all 10 mamas.

Rockstar mama Gwen Stefani shared a tender moment with her youngest son, then 3-month-old Zuma, on a park bench in Los Angeles, Calif. A few months later, the mom-of-two talked about how Zuma self-weaned during No Doubt’s reunion tour.

I didn’t want him to [quit],” Gwen said. “It felt like a total rejection. It was really hormonal, and trying to stop in the middle of tour was insane.”

When her daughter Ramona was 7-months-old, Maggie Gyllenhaal was caught by the paparazzi breastfeeding in a New York City park. At the time, the internet was abuzz with controversy over the intimate shots. Some said the paparazzi were too intrusive, while others felt that Maggie didn’t seem fazed at all – regardless of who saw her – as she breastfed her baby in public.

The Academy Award-nominated actress has commented about the pressures of breastfeeding and raising a newborn.

I’m not a leave-them-in-their-crib-to-cry kind of girl. Fundamentally, I didn’t find that worked. Everyone’s got their own thing, you know? You can’t tell another person when it’s right to stop breastfeeding, or how to put your kid to sleep. Every child is different.”

Modern Family star Julie Bowen made an appearance on Lopez Tonight in 2010, where she shared a picture and talked to George Lopez about nursing her then 1-year-old twin boys, John and Gus.

It’s like two little liposuction machines on you,” she said. “They suck the fat out of you. They call it the ‘double football hold.’ You hold one here, and here [gesturing to her breasts], like two footballs… They’re doing God’s work right there, helping me return to my birth weight.”

Julie later commented on her feelings about the pressures of breastfeeding.

I’m a big live and let live-r,” Julie said. “Seriously [do it], if it works for you, if it’s easy. If it wasn’t easy, I wouldn’t have done it. Some people can’t do it physically…so don’t do it.”

Victoria’s Secret model Miranda Kerr and her handsome hubby Orlando Bloom welcomed their first child in January 2011. The model mom tweeted a gorgeous photo of her and baby Flynn, then 3 months. “Another day in the office,” the new mom wrote, sharing a photo of herself in full hair and make-up at a photo shoot breastfeeding her adorable babe.

Having returned to work just a couple of months after giving birth, Miranda said her quick post-baby weight loss is thanks in part to breastfeeding.

I think if you really eating the right foods, putting the nutrition into your body and doing yoga and breastfeeding; those things have helped me get back into shape. I remember I was on the elliptical machine when I was pregnant with Flynn.”

I intend to breastfeed for as long as I can,” she said. “My breast milk will give our little Flynn the nutrition he needs for his continued healthy development and to all mums out there I am sure you will make the right choice for you and your baby.” 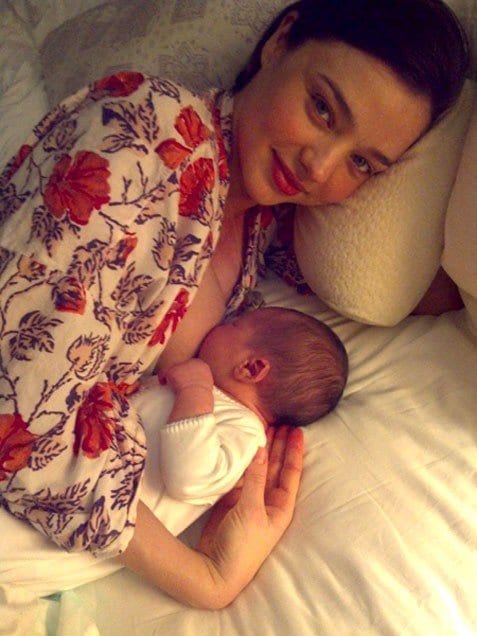 Just hours after giving birth to Flynn, Miranda shared a precious picture breastfeeding her newborn. In response to the photo, she said,The photo was one of the first photos Orlando took. We both loved it and we wanted to share it. The pleasant surprise was that it also had the added benefit of promoting breastfeeding which to me is the most natural thing in the world and I love it.”

W magazine’s November 2008 issue celebrated art namely Brad Pitt’s photographs of his gorgeous family. His black-and-white shot of Angelina Jolie feeding one of their then 3-month-old twins [Knox or Vivienne] with the baby’s tiny fingers graced the cover of W. The serene, natural and relaxed shot only reaffirmed Angelina’s breathtaking beauty.

Angie opened up about breastfeeding during a very emotional time of her life.

I had lost my mum, I’d had a baby and I’d been breastfeeding and I was in a very emotional place as a woman. I knew instinctually and talked to Brad about it, that if I could find something that would get me physical again it would be like therapy, because everything was making me cry.”

On a goodwill trip to Sierra Leone in 2009, Salma Hayek famously breastfed a week-old infant whose mother was too malnourished to produce milk. The actress recalled the wet nurse experience.

The baby was perfectly healthy, but the mother didn’t have milk. He was very hungry. I was weaning Valentina [then 2-years-old], but I still had a lot of milk that I was pumping, so I breast-fed the baby,” she says, her voice dropping. “You should have seen his eyes. When he felt the nourishment, he immediately stopped crying.”

Hayek says she was hoping to raise awareness that Sierra Leone has the highest infant mortality rate in the world. She went on to say, “I actually think my baby would be very proud to share her milk. And when she grows up I’m going to make sure she continues to be a generous, caring person.”

Years later, Salma continues to answer questions about acting as a wet nurse.

James Bond star Pierce Brosnan and his wife, former journalist Keely Shaye Smith, famously graced the December 1997 issue of REDBOOK with their then 11-month-old son Dylan. Then a fairy revolutionary cover, editor in chief Kate White explained that the magazine produced two covers – one being “more traditional” – for the first time in its history because they didn’t want “to force the image on anyone.”

Meanwhile, some convenience-store-chain owners said that if customers complained, they reserved the right to move the cover behind the counter along with risqu men’s magazines likePlayboy and Penthouse.

Xena: Warrior Princess star Lucy Lawless shared an intimate shot with her then 3-month-old son Judah to promote World Breastfeeding Week in 2002, which featured her quote, “Breastfeeding — My best role ever.”

I have written about my now 3-year-old son Fred, and his nursing rhythms before,” Mayim wrote. “To recap: Fred nursed for a solid 12 months with no supplements, no solid foods, and not even a sip of water. He got the hang of eating solids around 18 months, but continued to nurse all day (with bottles of pumped breastmilk when I was at work), and on demand all night. A typical night involved no less than four wake-ups and sometimes six (every 2 hours on the clock for 12 hours of bed time was not unusual). This went on for almost 3 years.”

In 1999, model and actress Jerry Hall was featured looking glam on the cover of Vanity Fair while breastfeeding her son with rocker Mick Jagger, Gabriel. The picture was taken by celebrity photographer Annie Leibovitz and is featured in Leibovitz’s book entitled Women.

We got all the details from our good friends over at Celebrity Baby Scoop, one of the most popular blogs on the topic of everything celebrity-baby, featuring baby fashion, baby names, baby trends and up-to-the-minute celebrity baby gossip and pics. Get all the latest news, updates, and photos about Hollywood’s most beloved celebrity moms, dads and their babies right here on Celeb Watch and Celebrity Baby Scoop. 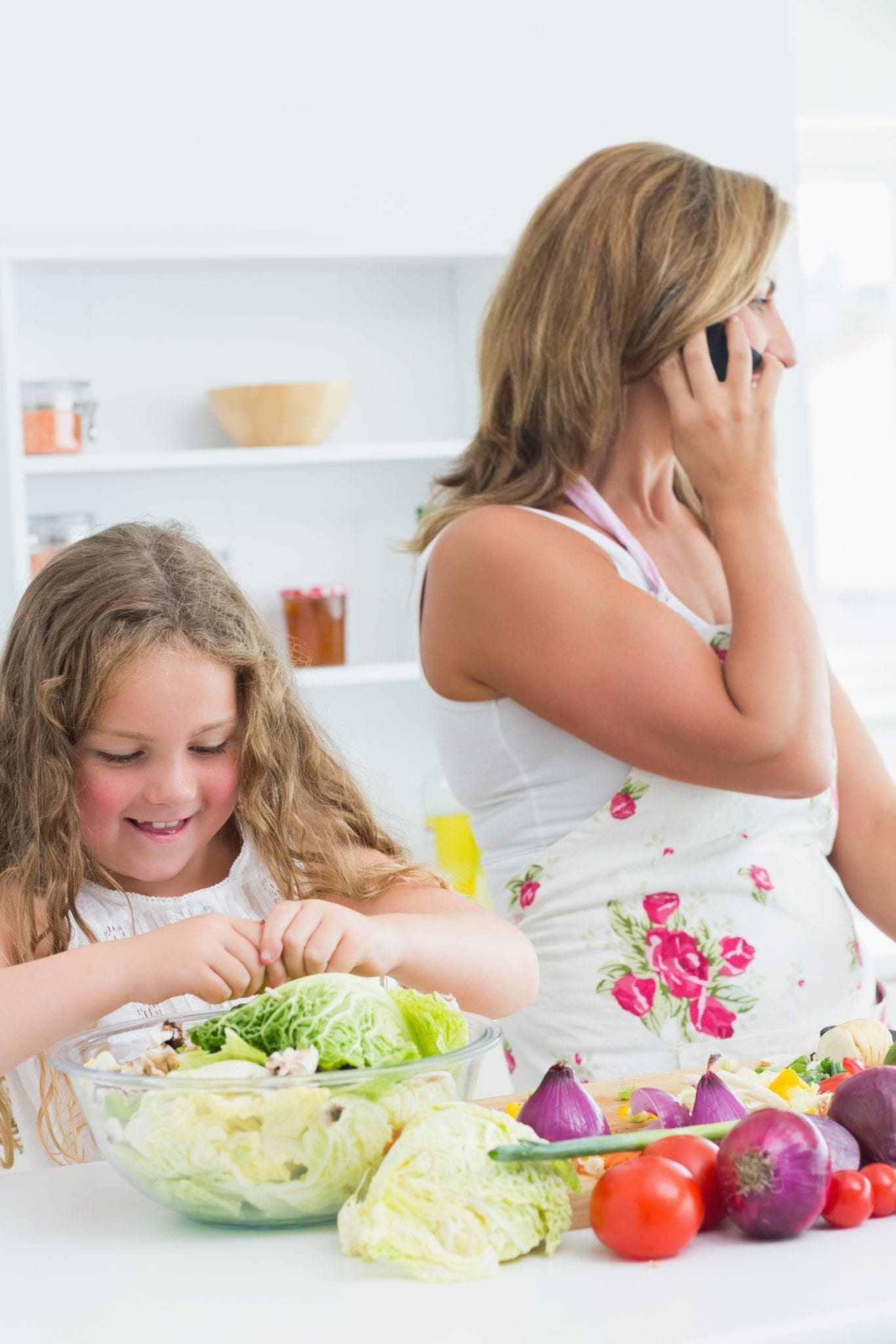 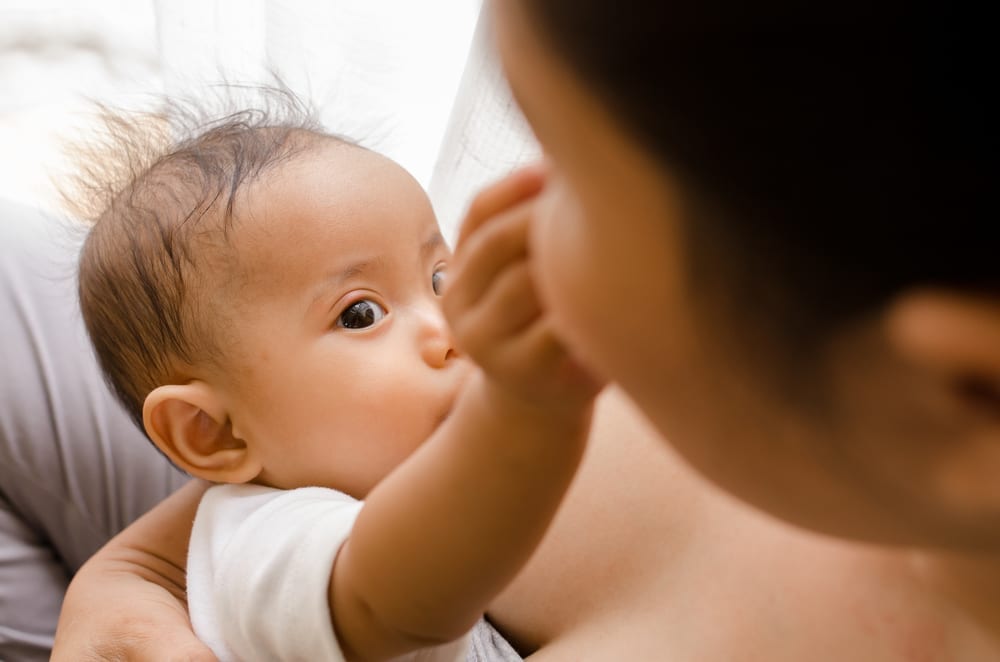