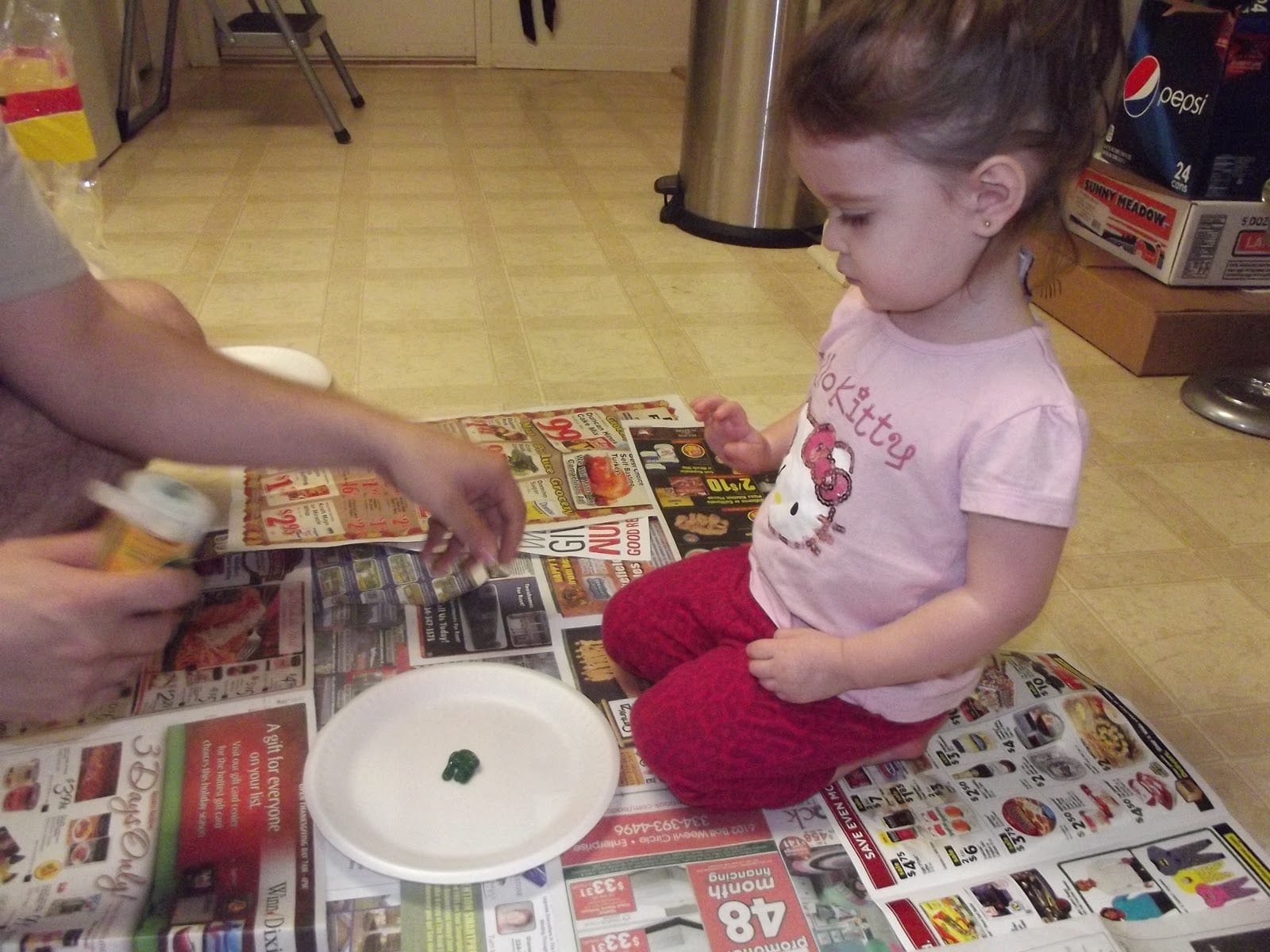 Do you have your Christmas Tree up yet? Some people (like my husband and his family) put their trees up the day after Thanksgiving. Some other people (like me and my family) put their trees up kind of as an afterthought and whenever they feel like dragging all the decorations out. It’s been interesting for my husband and I to meld our two worlds and completely different ways of doing things together – but it’s been fun!

We decided to go ahead and put up our tree the day after Thanksgiving. But that’s about all we did… While we do have some other super cute decorations gracing our counter top, our tree….it’s about as bare as bare can be. Now, don’t misunderstand – we attempted putting decorations on it, but our dear sweet 2 year old thought they looked better in her hands…and on the floor…and mixed in with her toys… So back in their boxes they went and I now stare at our 6 foot white Christmas tree with nothing on it but a big red bow at the top and 1 ornament directly under it (apparently we missed that one…). And we have no lights on it because….well, I’m just too lazy and get waaaay too frustrated when putting them on. (The hubby and I have already agreed that our next tree will be prelit.)

While it may look a little silly to some, I actually enjoy the simplicity of our tree as it is. But even still, we plan on doing something more with it eventually. I actually found an idea online that makes your Christmas tree look like a snowman! How cute would that be?! And since our tree is already white, I figured this was something we just had to do! But alas, doing so requires us to make a paper mache snowman head…which requires a stash of newspapers and such…which we just so happened to throw out recently… So we are in the process of collecting more. Hopefully we will have enough soon and I can post about how that whole ordeal turns out. In the meantime, I’ll tell you about our other ‘Christmas tree.’

Because we are expecting to move sometime in the next few months, we originally decided against putting any of our Christmas decorations up. We figured it wasn’t worth the hassle of putting up, just to have to pack them all up for our move…along with everything else in our house. But my oh-so-wise husband shared with me how he thought we should bite the bullet and go ahead and decorate for our daughter. She’s at the age now where all the decorations excite and mesmerize her. I knew he was right, which is why we now have a naked tree in our living room.

But before we decided to decorate, I was spending a lot of time trying to figure out alternative ideas (i.e. crafts that would keep the little one busy but also double as festive decorations). It wasn’t long before I found this Christmas tree alternative online. I remember thinking that it looked so beautifully simple and that I had to make it. The original one was made with coffee filters, I believe. I, however, have a Keurig and do not own coffee filters. And I couldn’t see the point in buying a box of filters, just to use a few for a tree that would only be hanging on our wall for a month. But Styrofoam plates I did have!

Originally, I simply planned on trying to recreate what I saw in the picture, but my husband has never been big on all white and said he thought we should paint our plates green. (You may be wondering why in the world we have a white Christmas tree if my husband doesn’t like it. The answer is simple: He knows that I like white trees….and it was majorly on sale at the time…haha) So we took his painted plates idea and just ran with it. We got a good two days worth of fun with the little one out of it!

“Wait, you want me to stick my hands in THAT?!”

Mommy helped her paint a few plates as well, then we set them on the counter to dry. The next day I set about making some ornaments for Haylee to decorate. My husband had mentioned that we should have let her paint different colors on the tree as ornaments, but I had already cut a bunch of shapes out of computer paper and wasn’t about to just toss em… But I think his way would have looked super cute as well!

I just drew some freehand shapes and cut them out. Don’t make fun…the Good Lord blessed me with many talents, but drawing was NOT one of them… (The one on the bottom right reminds me of a potato…haha)

Then I decided to trace some mini Christmas cookie cutters that I had. I thought these came out super duper cute, but Haylee seemed to enjoy coloring the bigger decorations a little bit more…

Perhaps my favorite method was cutting out ornament shapes on my Silhouette Cameo – which I absolutely LOVE! Of course, this would require you to actually have one of these blessed machines (or at least something like it).

I think Haylee would have really enjoyed the glitter glue pens, but they just weren’t working like I imagined they would. I have to say, I was extremely disappointed since I figured they would add a nice ‘pop’ to the tree. Even though the package stated that they had “no clog tips,” three of the nine brand new pens came straight out of the package clogged…and they just so happened to be the most Christmas-y colors (go figure). If that wasn’t enough, the glitter all seemed to be settled at the bottom of the pen with most of the glue near the tip. Nothing I did seemed to help the two mix and all we got was a lot of glue with very little glitter.

The colored pencils would have been okay, but Haylee was coloring so lightly that we could hardly see her drawings… The markers seemed to be her favorite option. Crayons probably would have worked nicely, as well, but we couldn’t find ours. I could have sworn I got some pictures of Haylee coloring the ornaments, but apparently I didn’t. I did, however, get a shot of what happens when you attempt to stick a green marker in your mouth and move just a *tad* bit quicker than mommy and daddy can to stop you…

She’s so proud! This was after daddy had already wiped some off. It was much more vivid in color before that…haha

After the ornaments were done, Haylee gave the green plates to daddy in the order she thought they should be hung on the wall. At first we only had green for the tree, but realized after the fact that we should have made a couple brown plates for the trunk, so daddy took care of that. We only had brown markers, so they didn’t show up as good as the paint, but I think it still came out well! I have to say, it was a lot of fun and a great family activity!

Our Christmas Tree in all of it’s glory!

Samantha is a stay at home Army wife and a mother of a 2 year old girl with another due in January. She loves cooking, doing crafts, and spending countless hours scouring the web looking for new recipes and craft ideas. You can see her personal blog at broken-and-blessed.blogspot.com/. She currently resides in Alabama, but will soon be moving to Florida with her family after her husband’s medical retirement. 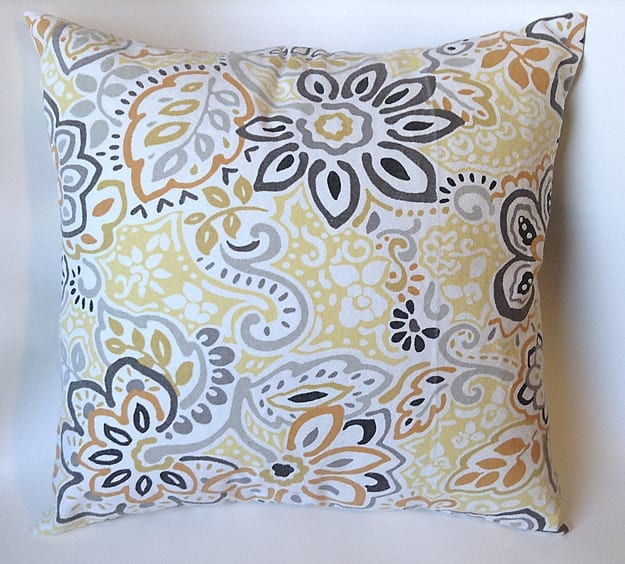 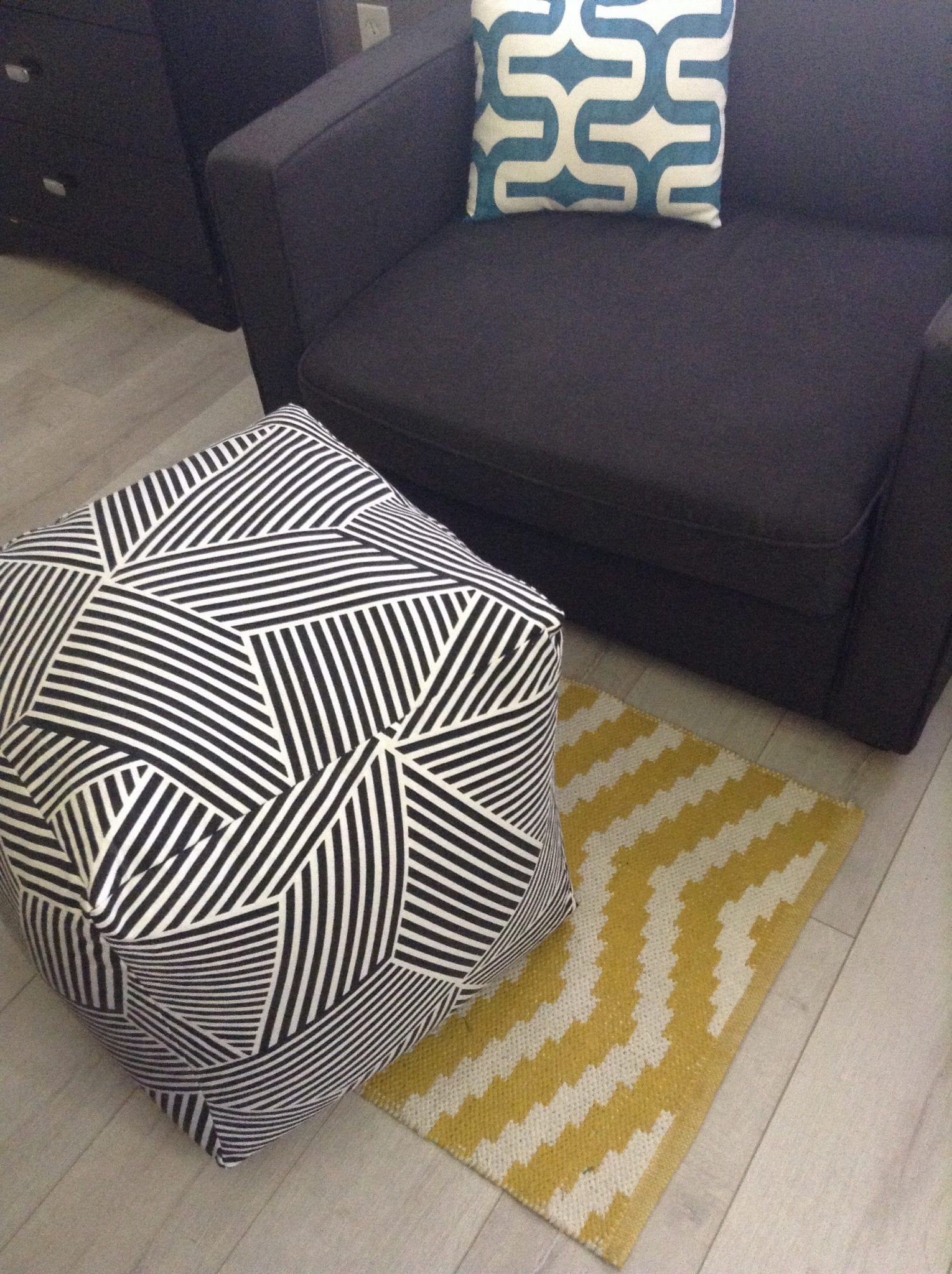