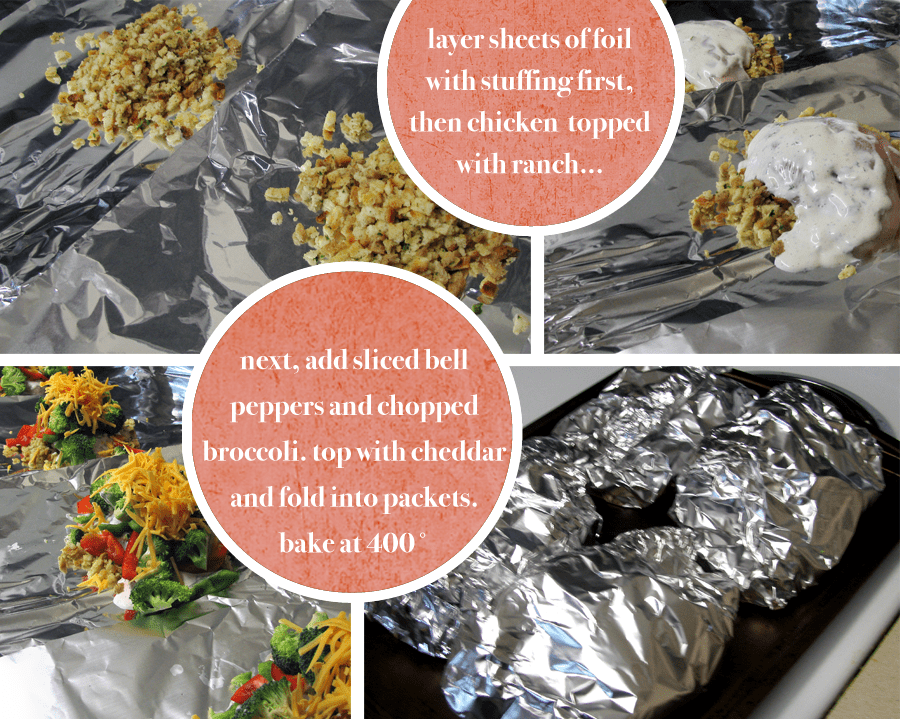 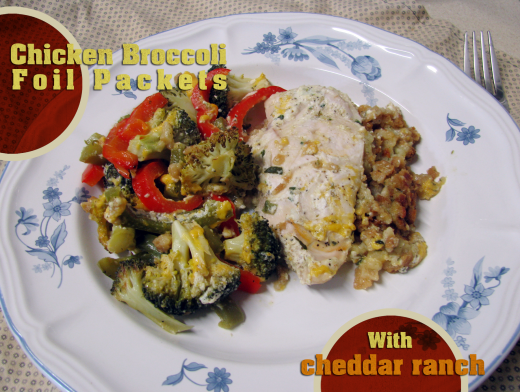 I have to admit, I was hesitant to share this recipe. Only because it doesn’t look very appealing. But, it was so tasty and so easy to make, that I thought it would be silly to hold back. I’m also going to go out on a limb here and say this recipe boarders on the healthy side too *gasp*.

There’s nothing really new about foil pack dinners. They have been around since……..well, since foil I suppose! If you’re a busy mom, foil packs are a great way to make a healthy dinner in a flash. Clean up is easy too! Like I mentioned, foil pack meals don’t offer much in the way of looks. But they make up for it in the yum department! If you have picky eaters, maybe this would be a way to get them to eat things they normally refuse. If you’ve got the time, set up an “ingredient bar” and have the kids choose their own chopped veggies and cheeses to top the meat.

Foil packs are also a great way to cook meals while camping. Just put the packs around the edge of the hot coals in the fire pit. Or you can place a grate over the fire and cook the packs on top. As long as they aren’t touching the flames, they will cook in about the same amount of time as they take in the oven.

Here’s what I came up with for my foil packs: Chicken, Broccoli and Bell Pepper with Cheddar and Ranch. YUM! I don’t recommend using frozen veggies. They come out way over cooked and mushy. The fresh broccoli was steamed to perfection. And the chicken? Not dry at all! Don’t forget to grease the foil. I forgot, and I had to fight the foil a little to get everything out. It wasn’t a big deal, but it would have been easier if I would have wiped the sheets of foil down with some olive oil. Lets get cooking….. 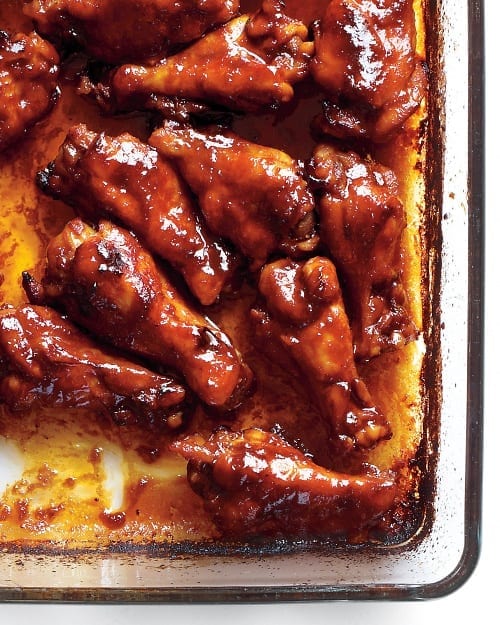 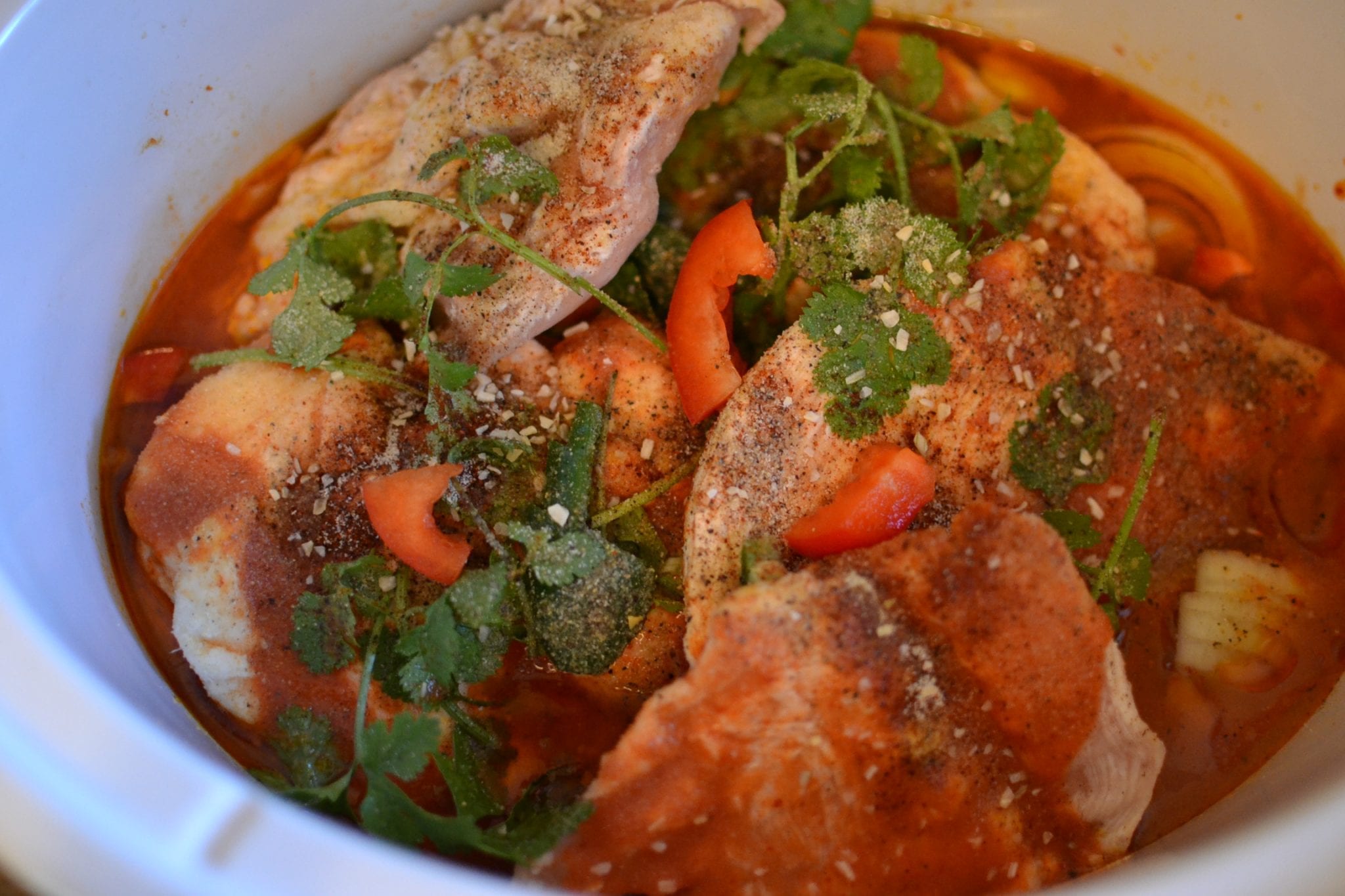 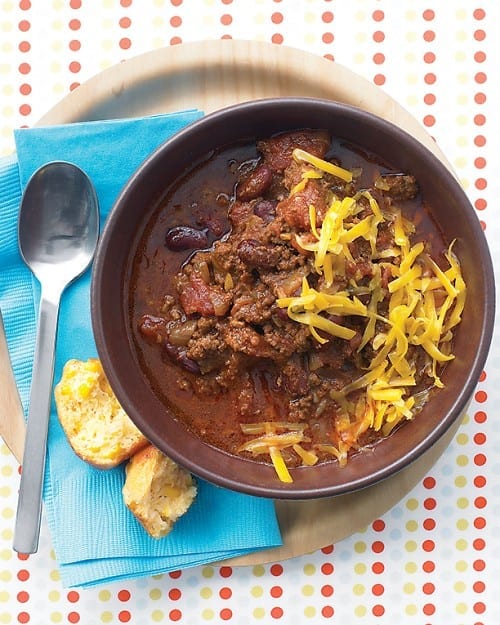