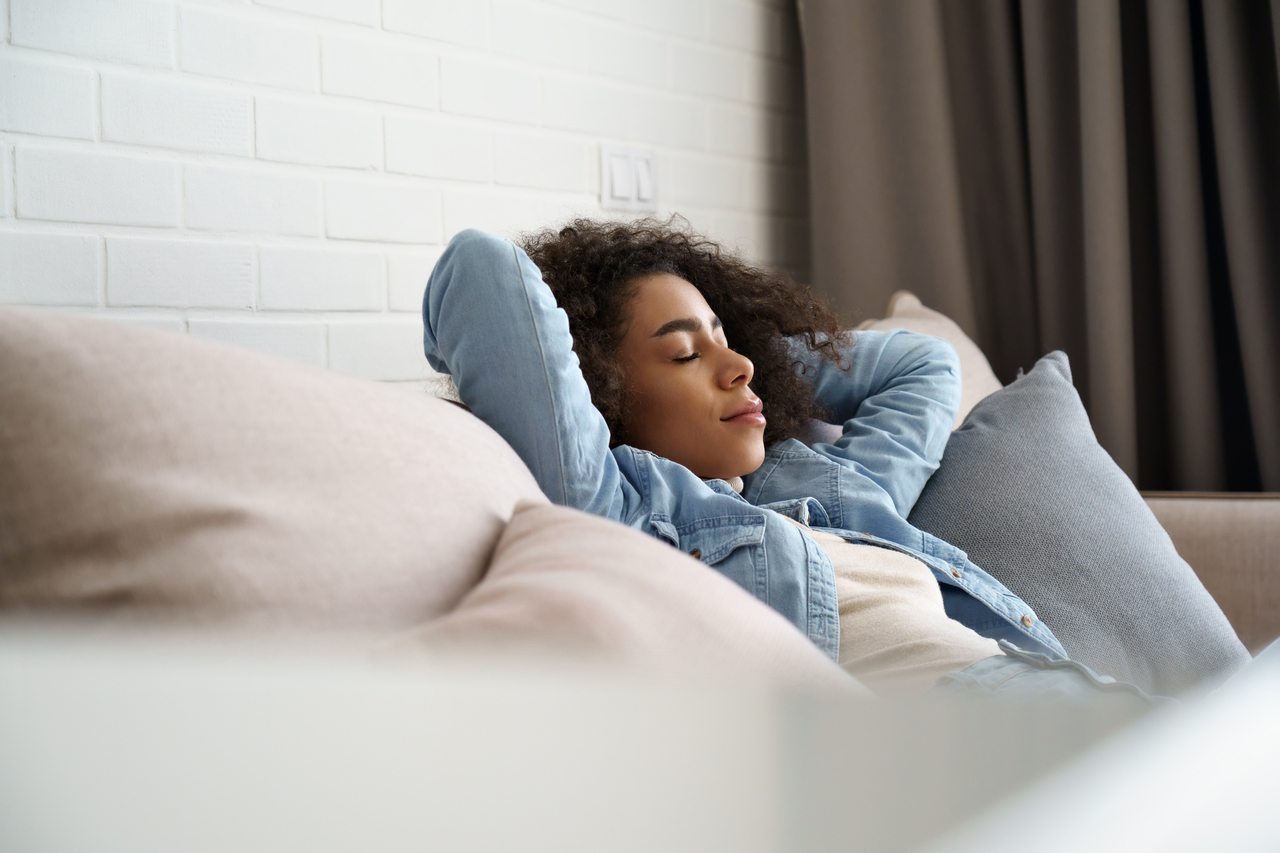 You work hard, and you have a busy life – but every once in a while, you’ll find yourself with an unexpected pinch of time where a nap just might be possible. However, most of the time, you find yourself settling back in your chair or on the couch with your eyes closed, only to discover that no matter what, you can never completely drift off to sleep. You may be increasingly tired, but, despite your best efforts, you just can’t fall asleep. Suddenly, your down time is over, and the opportunity for that nap has passed without so much as five minutes in dream land for you! This is frustrating as not only did you fail to catch a few z’s, but you failed to do anything productive either!

Falling asleep quickly – particularly as you grow older – is a bit of a trick, but it can be done! There are those who can fall asleep seemingly effortlessly and at any location. They can fall asleep in the midst of busy airports, during flights or in the car, and during short breaks from work. They can do this no matter what is going on around them, no matter how noisy or boisterous the environment around them may be. They are often also able to carry this feat out at night as well, claiming they are off to sweet slumber at the very moment their head hits the pillow.

In fact, you probably think this ability is a characteristic that some simply just possess naturally and that some never will master this ability. You probably also feel that most folks never fall asleep quickly.

You might be surprised to learn that falling asleep in two minutes or less anywhere and under any circumstances is actually a skill that one can actually learn. In fact, the technique was developed during World War II for those individuals working as Naval aviators. In fact, we’re going to share just how to do this with you

How to Fall Asleep in 2 Minutes or Less 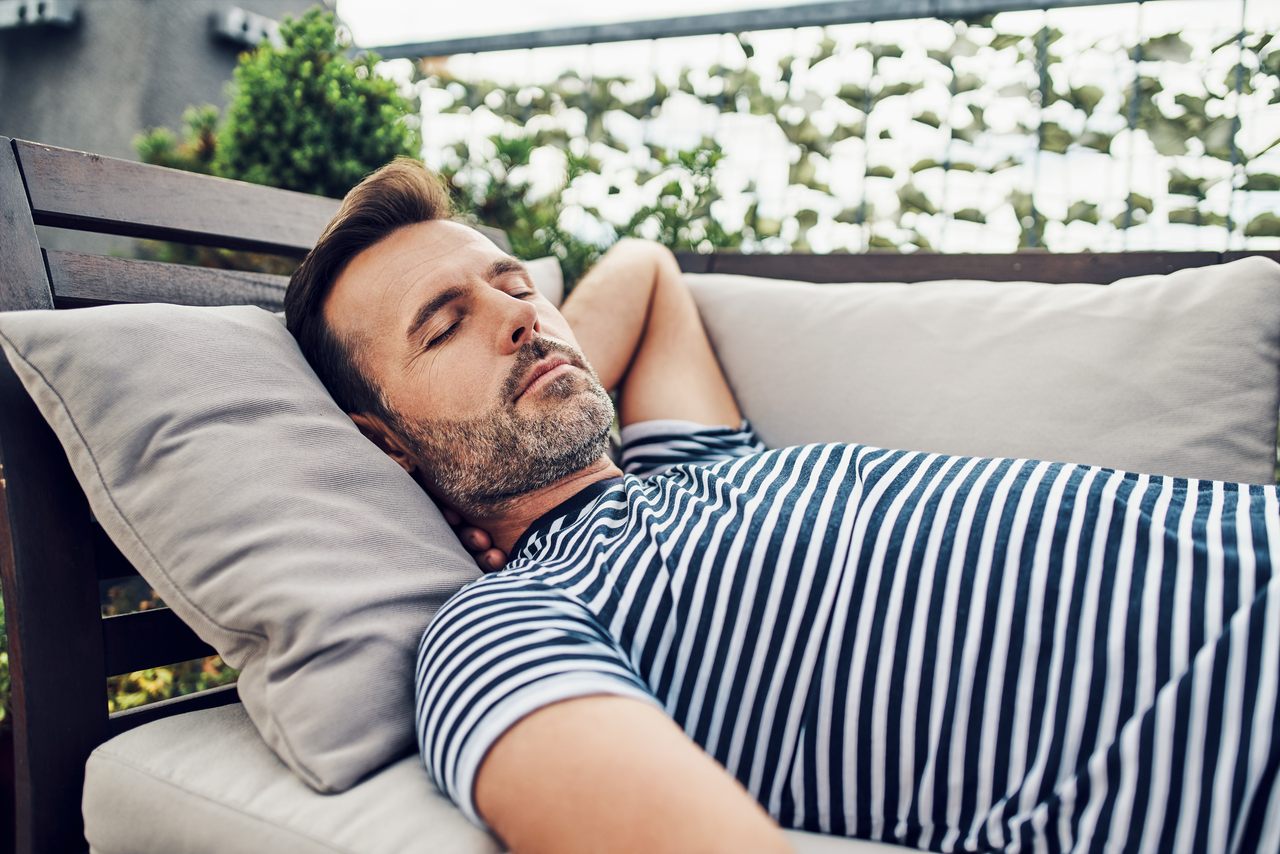 The United States military learned within a couple of years of entering into World War II that there was a serious issue with soldiers. Many pilots faced growing pressure due to a lack of sleep and growing pressures of combat. As such, many pilots were cracking under the stress of wartime flight, and they were making critical errors due to freezing up during their flights. Sometimes they shot down Allied planes by mistake or made errors that caused them to lose control of the plane.

Knowing that something must be done in order to prevent further loss of pilots and airplanes, the military enlisted Naval Ensign Bud Winter to conduct research and develop a scientific method for instructing relaxation. Prior to the war, Winter was a college track coach as well as a football coach, but he was also a professor of psychology specializing on techniques that helped athletes to relax. The idea was that athletes would perform better if they had adequate rest and weren’t stressed. The military stationed Winter at the Del Monte Pre-Flight School in the state of California, where he worked with other coaches and university professors to create a course to teach naval cadets how to remain calm despite the pressures of aerial combat.

Winter’s primary goal was to teach the aerial fighters how to relax in order to learn more quickly, become more focused, increase their reaction time, and eradicate the fear of the pilots. According to the course description, the class objective was to teach “combat aviators to be able to go to sleep in two minutes” at any time of the night or day, in all types of circumstances and under any conditions. Winter and his colleagues felt that if pilots could get a decent amount of nightly sleep as well as teach themselves to nap whenever possible.

In order to be able to fall asleep at any time and under any circumstance, Winter worked on physical relaxation as well as mental relaxation.

How to Physically Relax 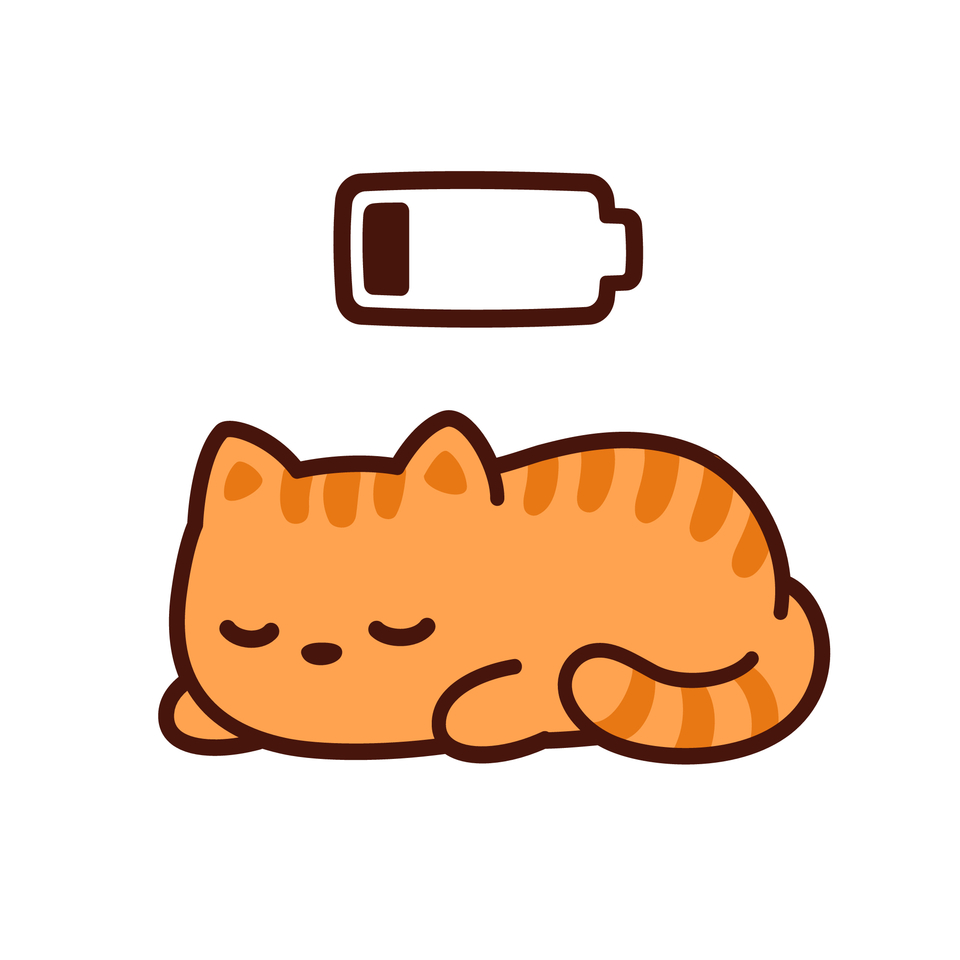 Winter’s Book Relax and Win, details the program developed by the former coach and professor. He first used the program with his athletes, then specially redesigned it for combat aviators. The following is a condensed version of these tips for falling asleep in under two minutes.

1. “Sit back in your chairs and put your feet flat on the deck. Knees apart, your hands limp on the inside of your lap. Now, close your eyes and drop your chin until it rests on your chest.”

Think about your breathing – do it slowly, rhythmically, and deeply. Relax your forehead so that any wrinkles are gone. Concentrate on your scalp and let those muscles relax. Allow your jaw to sag, drop it open then relax the remaining facial muscles. Shoot for the brook trout look. Allow your tongue and lips to go loose, all while breathing slowly.

Focus on the muscles that control your eyes; there are eight of them. Allow your eyes to seem limp in their sockets. Again, do this while breathing slowly.

Relax the shoulders, dropping them as low as possible. Feel the muscles in your neck go limp as well. Just when you think you’re fully relaxed, take a deep breath and relax further.

Breathe deeply, and let the muscles in your chest relax. Take deep breaths, hold them, then exhaling, blowing all your tensions away as you do so. Release all your tensions as you imagine yourself as a relaxed jellyfish in a large chair.

Next, focus on your arms, specifically your arm muscles. Mentally tell your right bicep to go limp first. Then, focus on the left bicep, commanding it to be limp as well. Move on to the muscles in your forearm, then your fingers. Tell each individual finger to become relaxed. Do the same with your left forearm and fingers. Again, continue breathing deeply.

Now that your upper body has been completely exposed to this relaxation, a pleasant, even warm feeling will begin to flow over you. Think to yourself, “I feel good.” Let this sense of relaxation and well-being flood your body.

Once the upper body feels more relaxed, you can begin to relax the lower body. Focus on the thigh muscles of the right leg. Just as you did with your bicep and forearm, begin telling those muscles to relax while you are taking deep, relaxing and cleansing breaths. Focus on the muscles of your lower leg, then each foot. Do this with the left leg as well. You may even need to picture your legs as flexible and jelly-like.

When you complete these relaxation exercises, you should be fully physically relaxed. Take at least three deep breaths. As you let each breath out, blow out any remaining tensions.

If you still have trouble getting your limbs to that jelly-like stage, you may need to alternating tensing the muscles then relaxing them. Again, take those deep breaths.

If you’ll follow those instructions, you’ll get a great overall relaxation. Winter taught his cadets to use this relaxation technique during any volatile situation as it would help to relax the pilots and ease some of the tension they were feeling. Furthermore, Winter claimed using these relaxation techniques would allow pilots to make better decisions that weren’t influenced by duress.

Winter taught his cadets how to achieve physical relaxation, then instructed them on how to “slip over the threshold into a deep, relaxed sleep” as they became mentally relaxed as well.

How to Mentally Relax 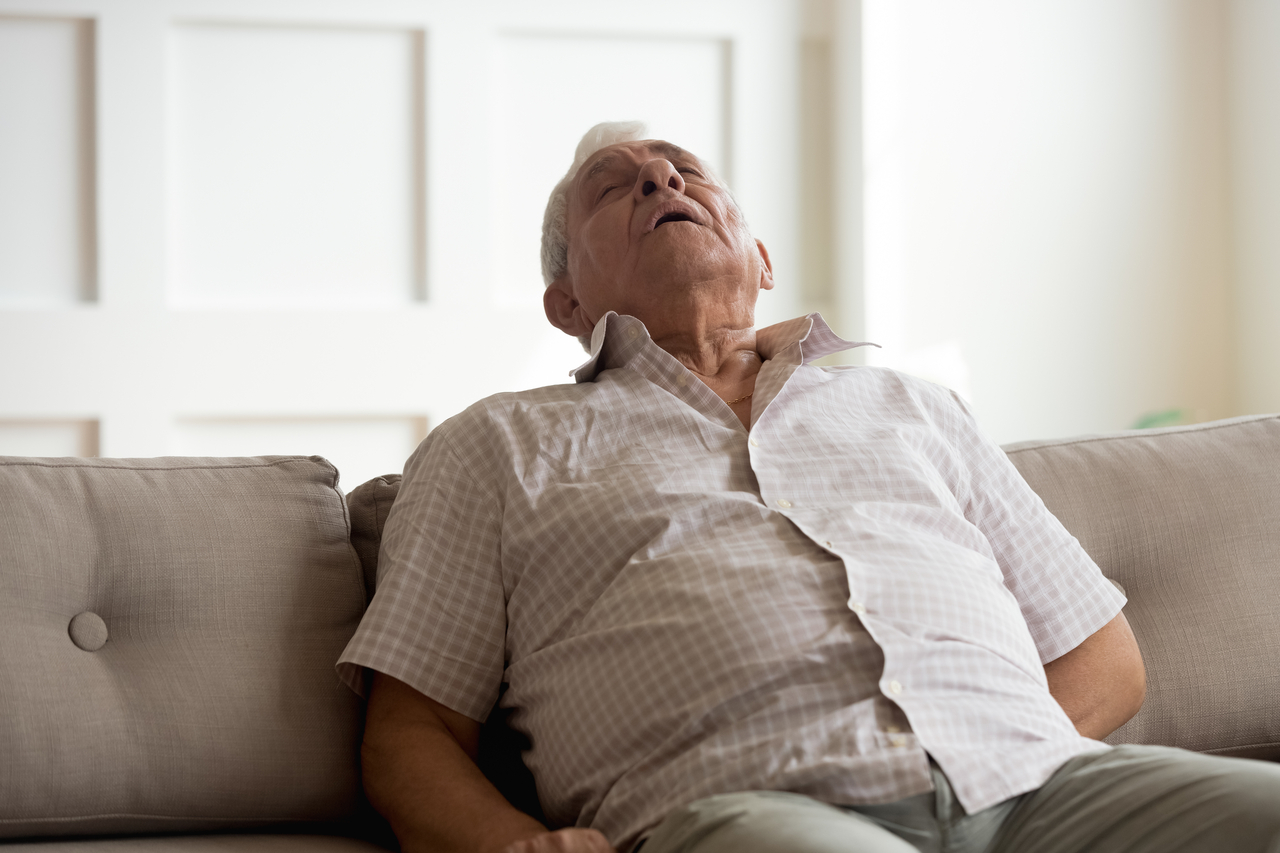 According to Winter, those who could get “(their) mind clear of any active thoughts for just ten seconds,” would find themselves asleep. Winter believed the key to falling asleep quickly is to stop the freight train of thoughts that often rolls through our minds as we try to drift off to sleep. Winter believed people must banish all thoughts of worry, regrets, and any problems of the day in order to achieve this.

Part of Winter’s research showed that thoughts of motion tended to cause those muscles to react, something he discovered by placing electrodes on the cadets’ bodies. Winter found that the muscles involved in the activity being considered when one is trying to sleep would involuntarily contract as if they were actually performing the motion. In addition, not only were the muscles involved contracting, but the brain was working overtime as it thought about the activity.

We recommend filling your brain with still, calming thoughts as you try to drift off to sleep. Winters himself offered three suggestions; if you find one doesn’t work for you, simply try another.

1. Fantasize that you are lying in a canoe on a very still lake on a warm spring day. As you look up, you see clouds floating by. You refuse to let any negative thoughts creep in. Keep concentrating on this serene picture without any thought of motion. Enjoy the scene for ten seconds.

2. Picture yourself in a big, black, velvety hammock. Everywhere you look it is black, as if the moon is covered. You are covered in this velvety thickness for at least ten seconds.

After a few weeks of instruction, the cadets were split into two groups: a group that had taken the relaxation classes and a class that had not (this was the control group). The cadets who took the relaxation course outscored the control group in classes that required mental taxation, drills that required discipline, and physically challenging tests. Within six weeks, a surprising ninety-six percent of the cadets were able to fall asleep within two minutes, regardless of any environment. To add to the importance of the study, some cadets even consumed coffee before trying to carry out the relaxation and sleep routine. When gunfire and blasts of cannons were played in the background, these cadets still went to sleep in under two minutes by simply using the relaxation techniques!

Winter went on to use these techniques with his track and field athletes. He is recognized for being one of the top sprint coaches, coaching twenty-seven Olympians and 102 All-American runners.

Winter firmly believed that his wartime relaxation program could help his athletes to deal with tension on the competition field, and he also claimed his program could help every day individuals to rid themselves of stress and fall asleep quickly. You can use these techniques too, especially if you don’t sleep well at night.

« 4 Ways You Can Fight Aging with Exercise 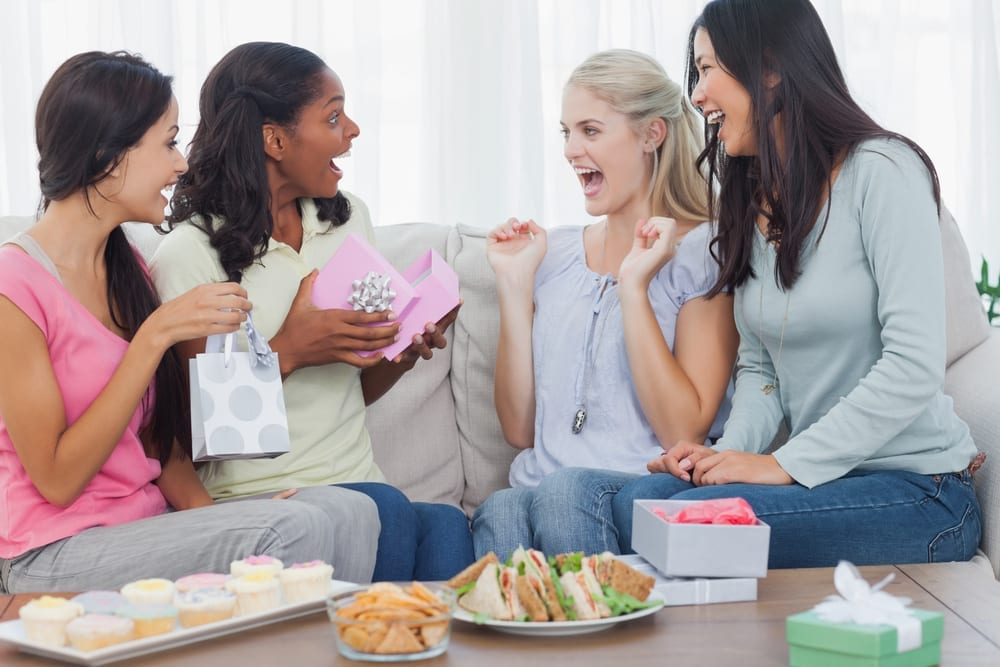 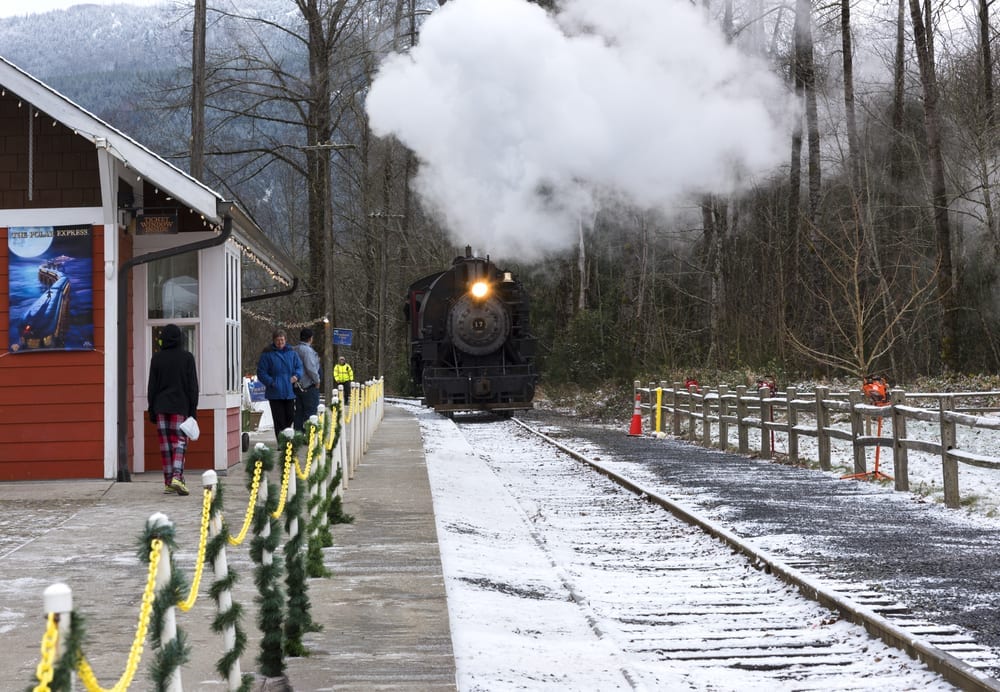 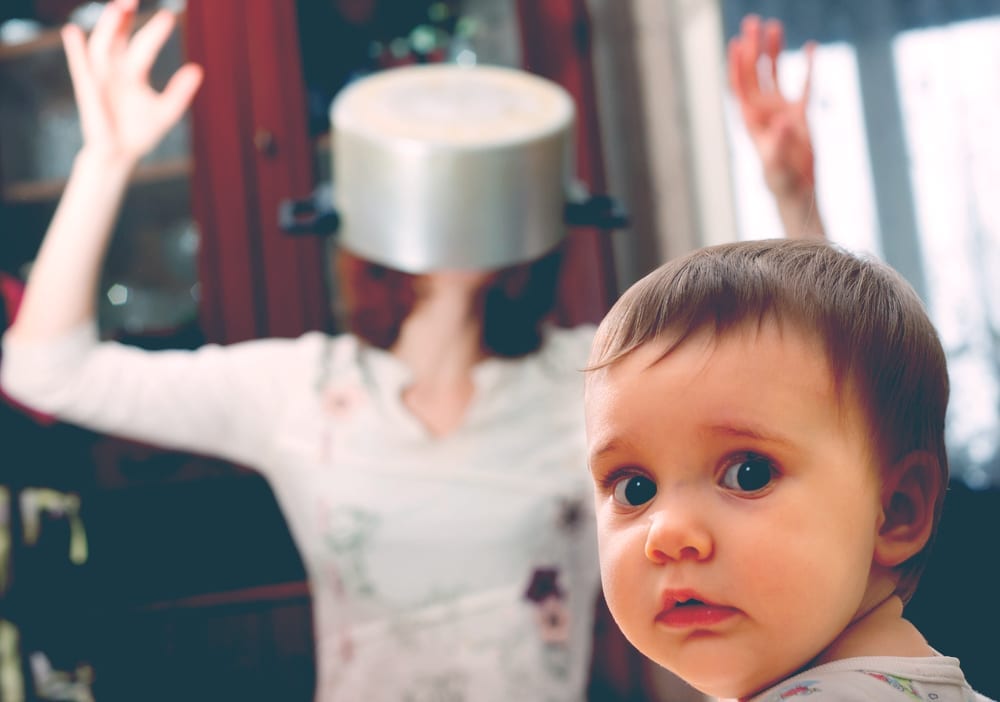