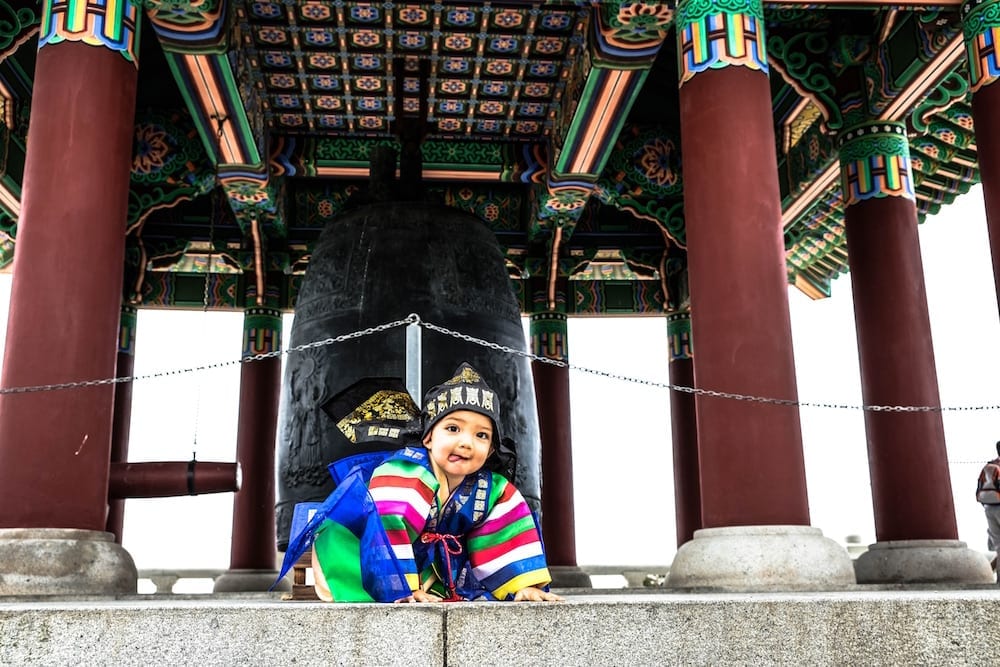 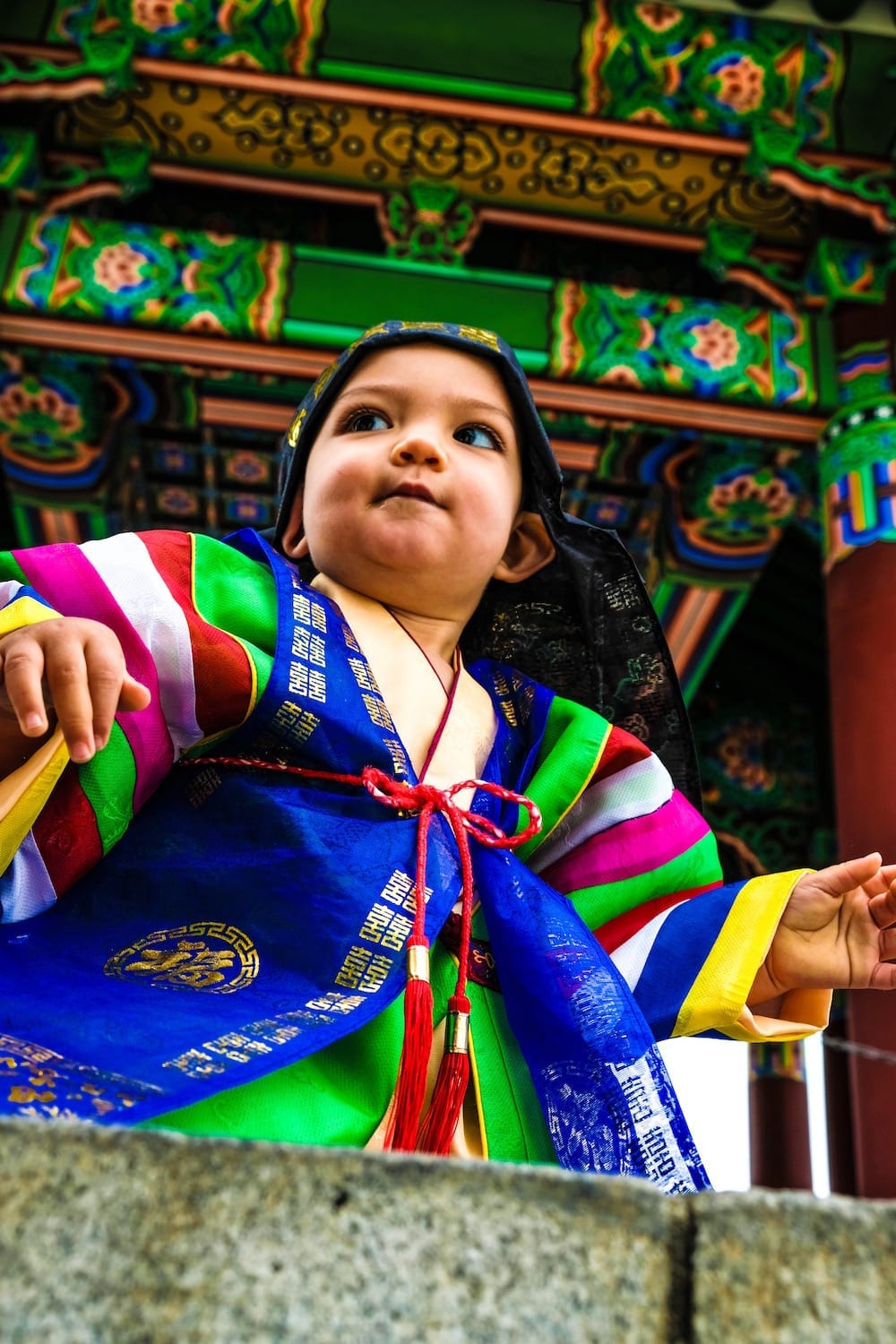 My son is half Korean and in the Korean culture, a child’s first birthday is a huge celebration of life. My son’s great-grandparents are from Korea and it was more than important for me to incorporate that culture into this special day. With that, I still wanted to be able to modernize the party and add a more childish feel to it. Bellow, I explain this Korean tradition as well as show pictures from my Son’s party that shows how I added modern touches to a beautiful first birthday tradition.

Doljanchi is a traditional Korean ceremony and party where family and friends come together to celebrate a child’s first year of life. 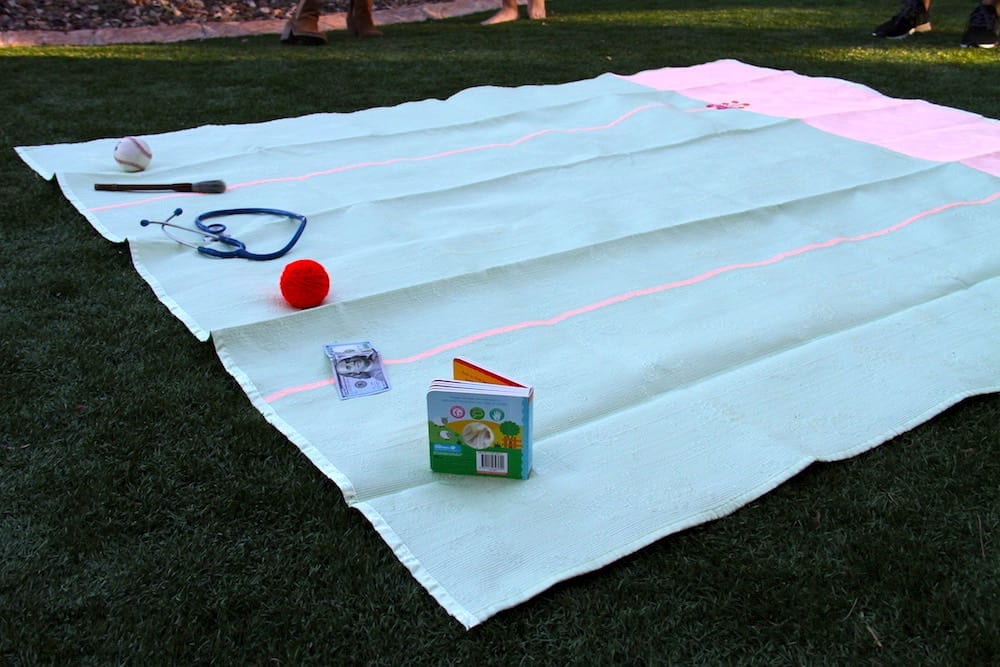 The Highlight of the Celebration

The main purpose of the Doljanchi celebration is called the Doljabi. The Doljabi is a ceremony which blesses the child with a prosperous future and healthy life. The Doljabi is a tradition where 6-8 various items are placed on a traditional Korean blanket and then the child is placed in front of the items. Once the child is placed in front of the objects he, or she, is encouraged to grab one or two of the items. The item(s) that the child picks represents the future for the child, such as a lifestyle or career. 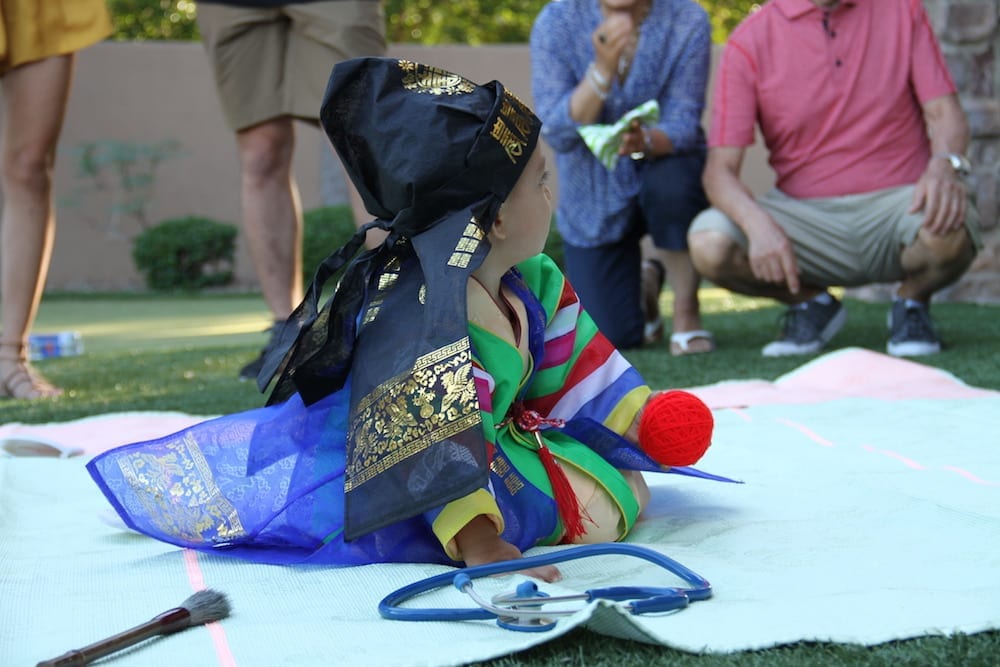 The Items Used for the Duljabi

(The items used should all lead to a positive future- you can have the flexibility to choose anything that leads your child to a bright future.)

After research, and the help of my son’s grandmother, we came up with six different items to place in front of my son (each item represents something deeper): 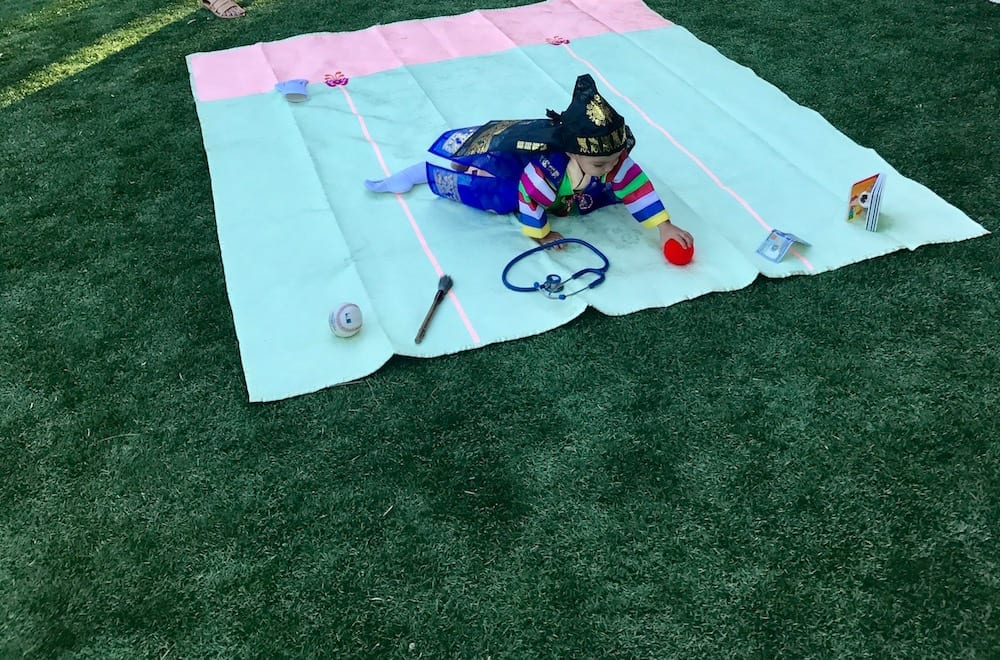 My son was definitely overwhelmed by the Duljabi ceremony. I had just stopped breastfeeding him and then on top of that, we had around 50 people over for his party. Everyone was circled around my son and cheering and he had no idea what was happening so right after she grabbed his item he had a small little meltdown. 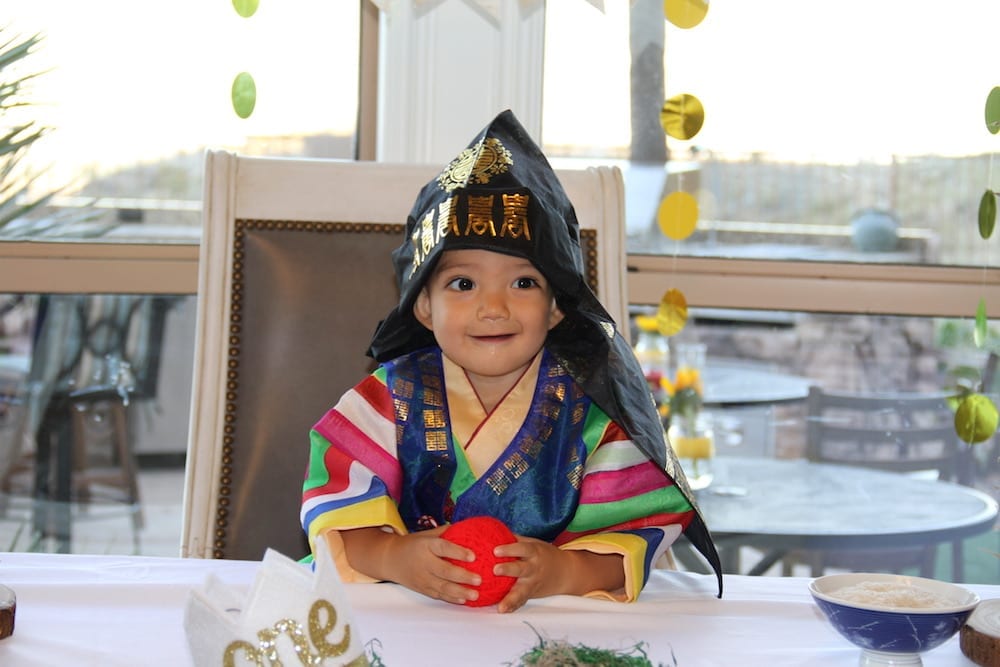 During my son’s Duljabi ceremony he chose the ball of red yarn. This represents longevity, so my son is predicted to have a long life, and I would not want it any other way! 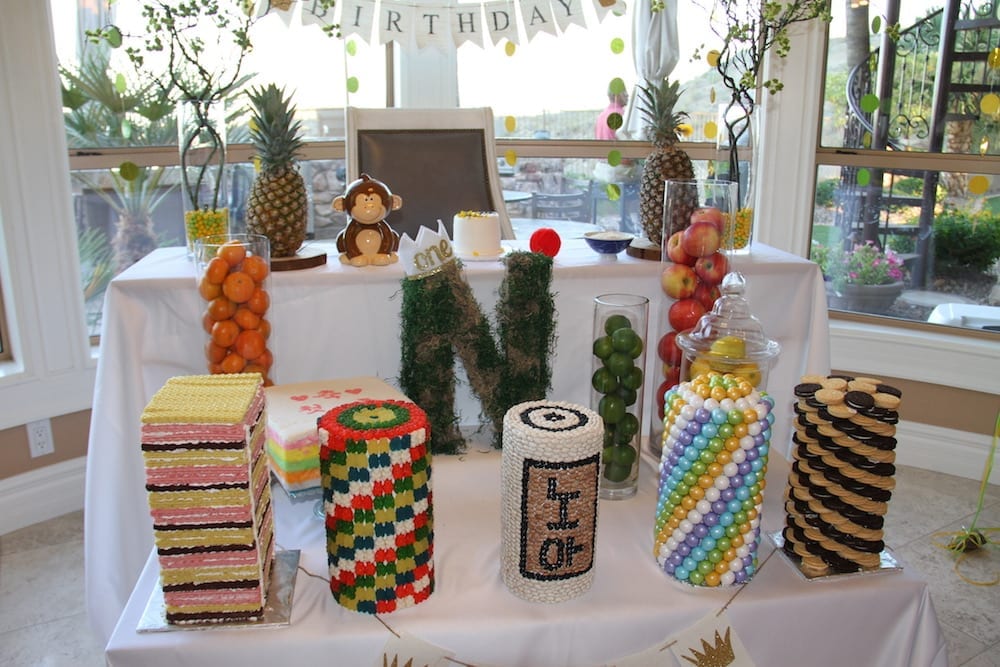 How I Modernized the Celebration

I really wanted to have the traditional Korean first birthday for my son, but I also wanted to be able to add a modern touch to it, making it more “kid-friendly” in a way. I decided to “theme” the party based off of the book Where the Wild Things Are. 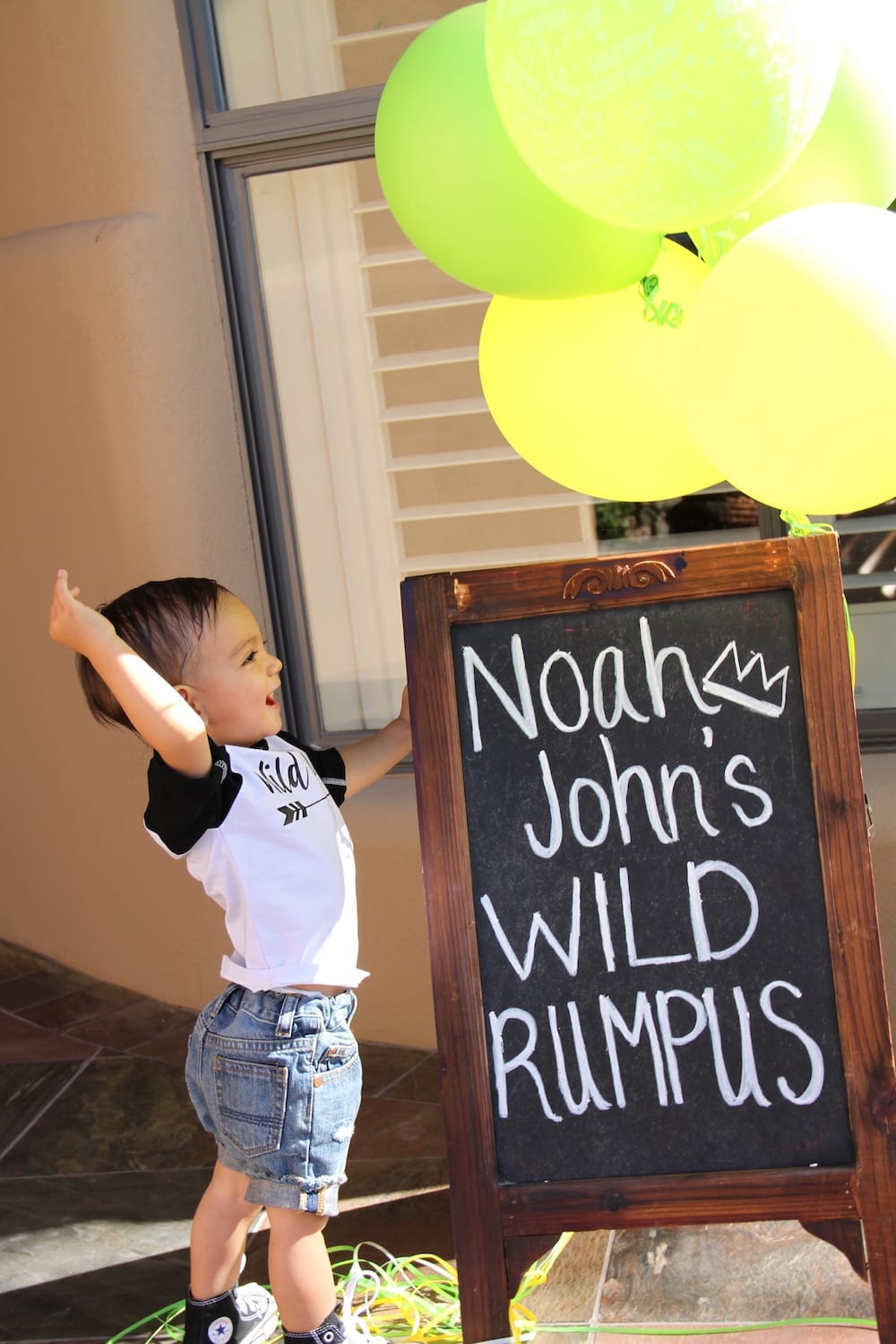 I made the entrance of the house bright and jungle theme, allowing our guests to get lost in the story.

I printed out sayings from the book and placed them throughout the house. This added a nice touch to the theme. It felt more like a child’s party. 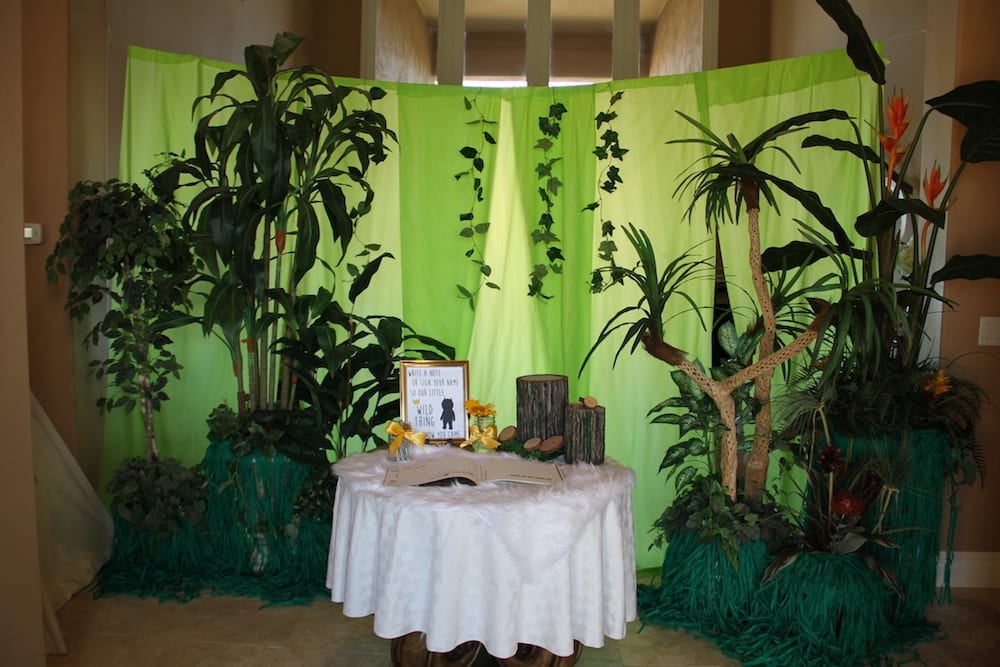 I wanted to make sure we had a guestbook of some sort where our guest could write something to my son. I thought to use an actual copy of the book, Where the Wild Things Are. Now my son will have that book forever with notes from his closest family and people who surround him with love. 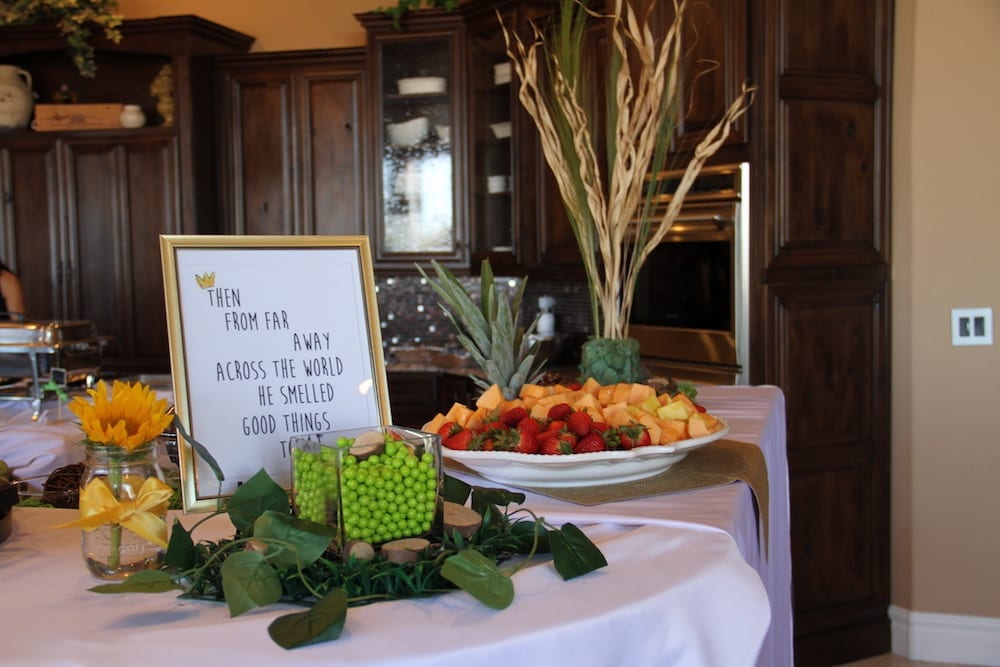 For the first half of the party we had my son in his traditional Korean outfit (as seen above) then, after the Duljabi ceremony, I changed him into his King of the Jungle outfit. 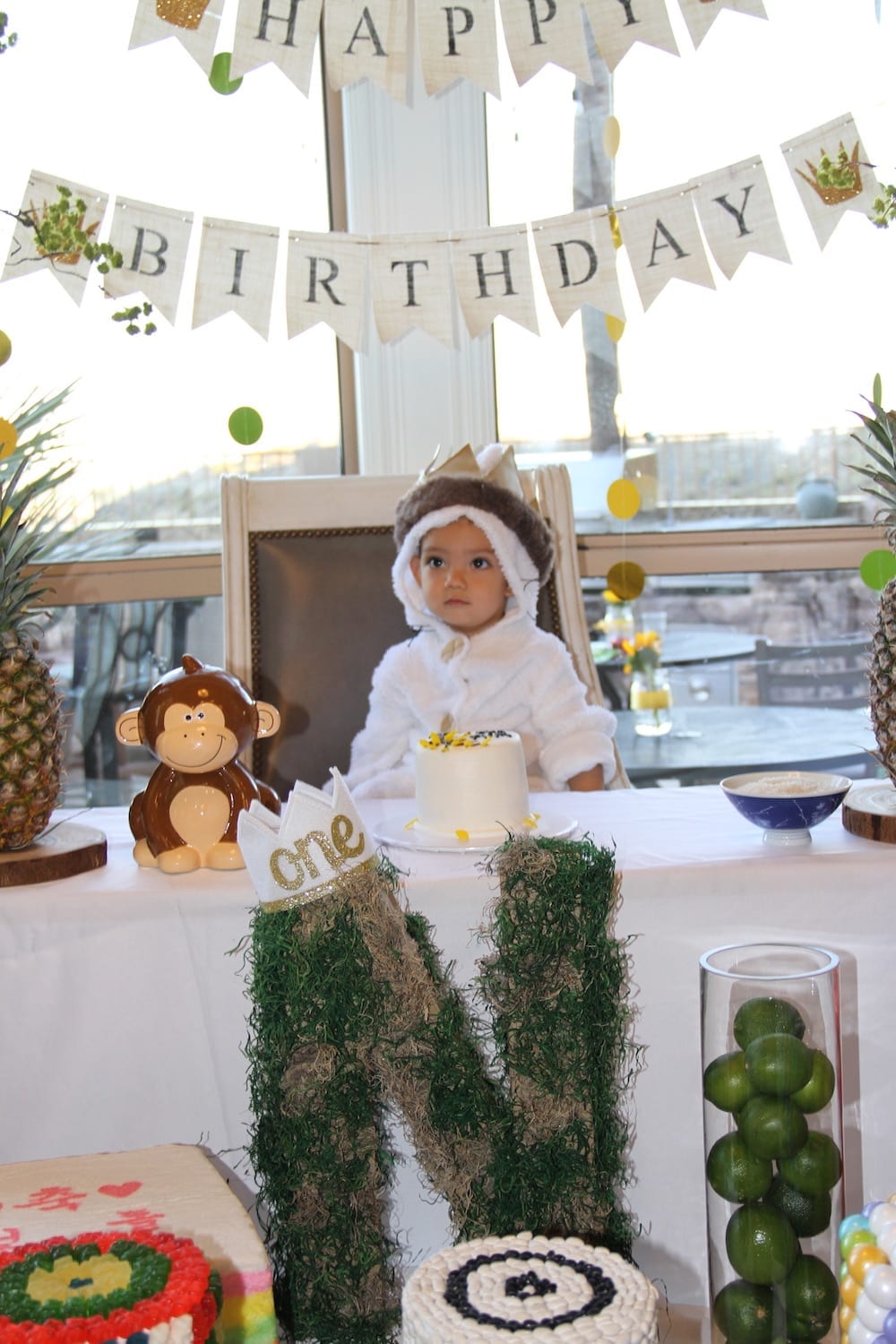 We did have a good amount of traditional Korean food and desserts but, of course, we had to have an incredible “first birthday” cake for the celebration. I wanted to keep the party theme consistent throughout so I chose to have a “Wild Rumpus” birthday cake made. My baker did the most amazing job! We saved the cake for last and it was the perfect ending to an absolutely beautiful day. 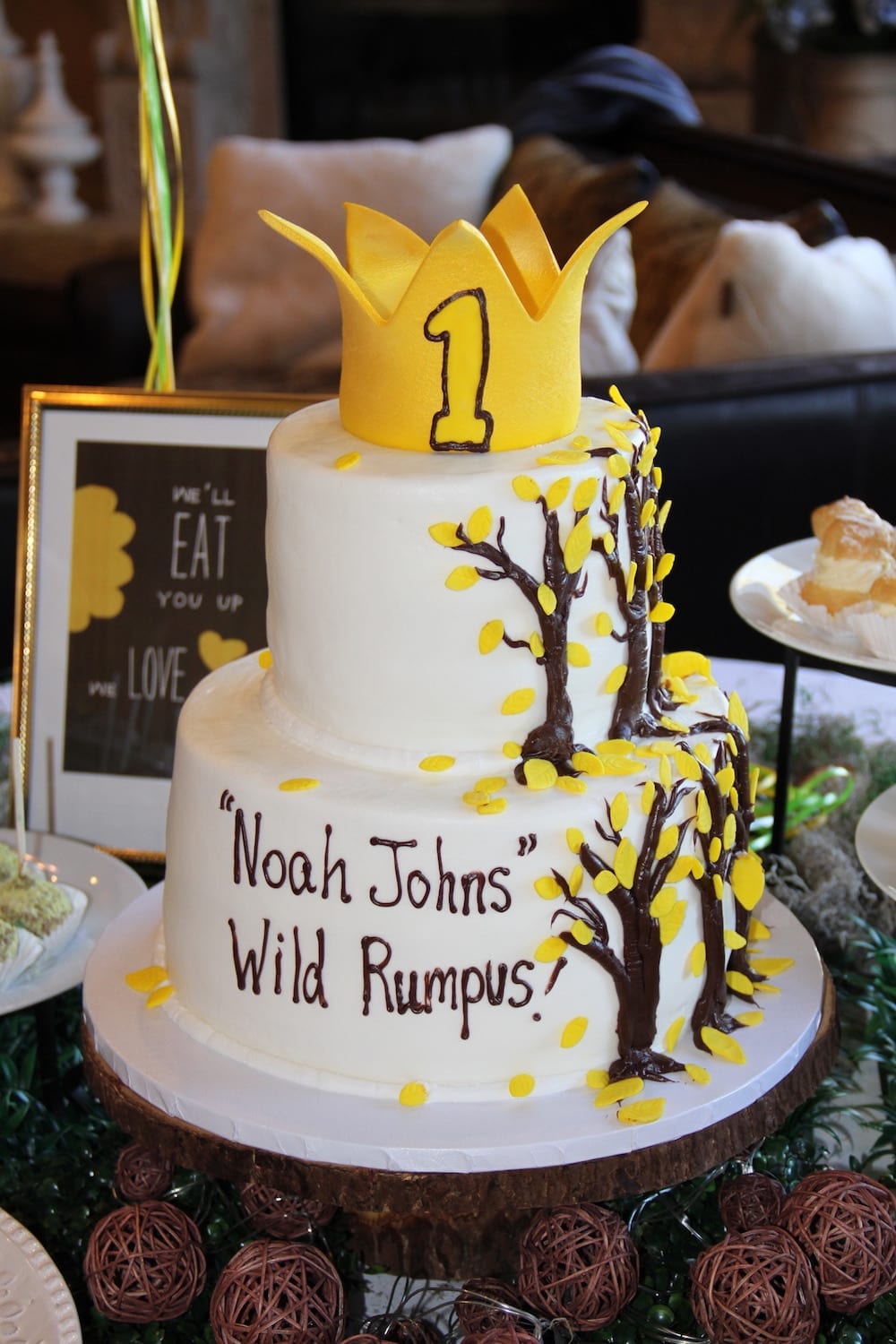 This was the most amazing, beautiful, and fun traditional ceremony and first birthday party. A true celebration of my son’s life. Culture and tradition is a blessing and it is important for us, as parents, to keep these traditions alive. I am so happy my son was able to embrace his Korean side and be celebrated in such an amazing way.

« 12 Safety Tips for your kids this Halloween 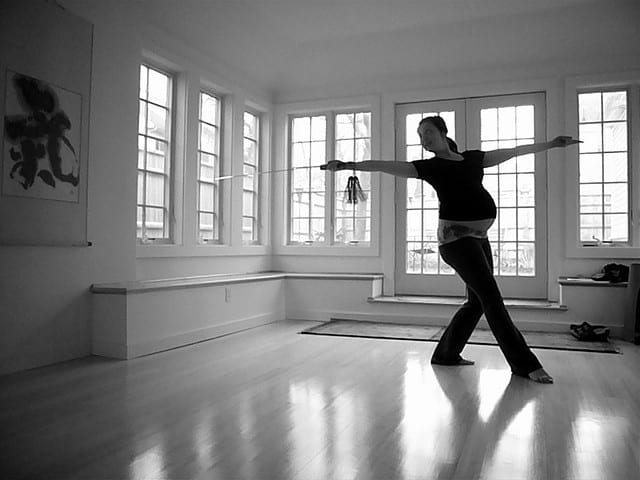