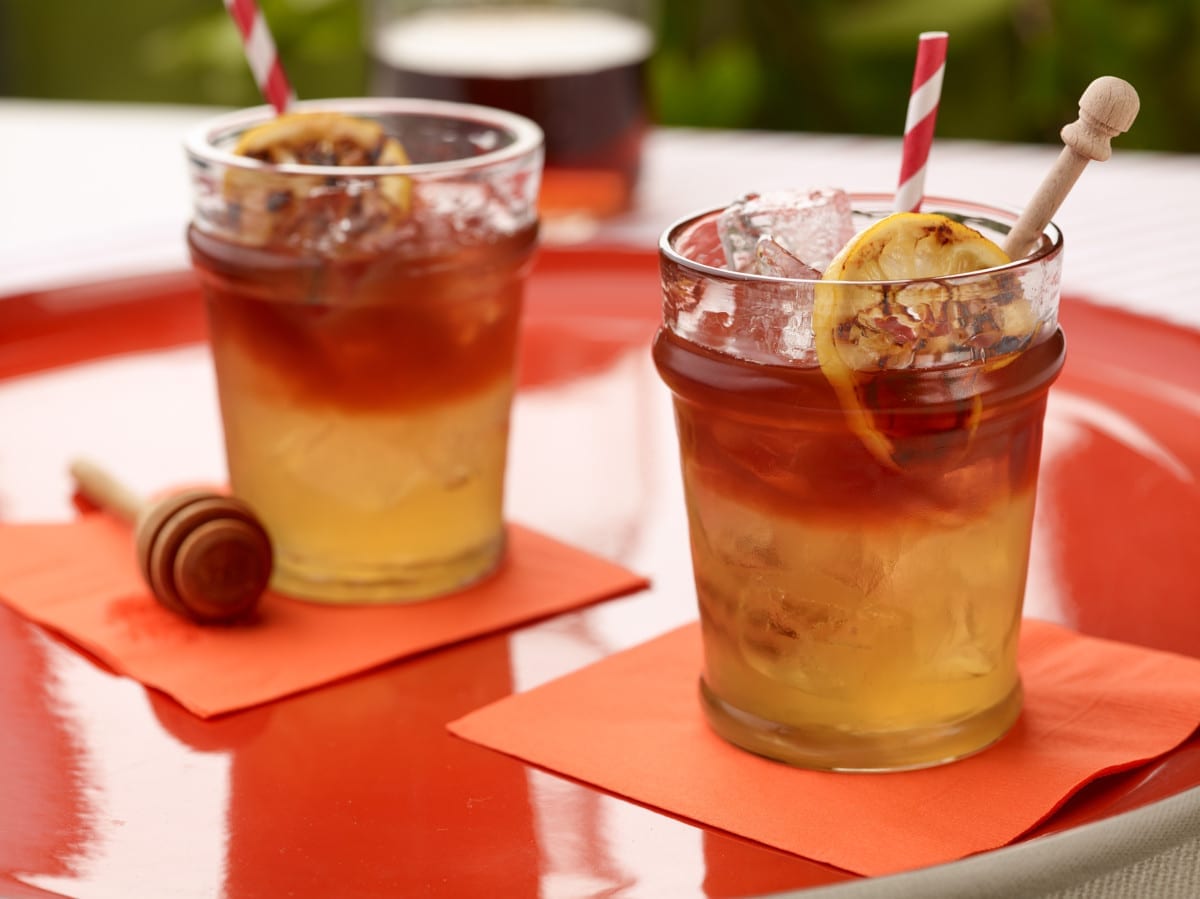 The unboozy Arnold Palmer-named after the golfer-is a mix of half lemonade and half iced tea. We kept the tea and added grilled-lemon lemonade and a shot of bourbon for a sophisticated, not-too-sweet take on this favorite summer drink.

Bring 1 1/2 cups water to a boil in a small saucepan over medium-high heat. Turn off the heat, add the tea bags and let steep for 5 minutes. Discard the bags, pour the hot tea into a liquid measuring cup and let cool for 10 minutes at room temperature, stirring occasionally. Let the tea chill in the refrigerator while you grill the lemons.

Slice one of the lemon halves into 4 thin rounds. Place the remaining halves flesh-side down on the grill pan, and cook until the flesh is deeply charred, about 5 minutes, rotating the lemons as needed so they char evenly. Place the sliced rounds on the grill, and char on both sides, about 3 minutes total. Transfer the lemon halves to a plate, and let cool for at least 10 minutes. (You will be squeezing them, so they should be cool enough to handle.) Reserve the charred rounds for garnish.

Squeeze the cooled lemon halves into a medium bowl or a liquid measuring cup (you should have about 1 cup of juice). Whisk in the honey and 1 cup cold water.

To serve, fill 4 tall glasses with ice. Divide the lemonade mixture equally among them. Stir 1/2 to 1 ounce bourbon into each glass. Slowly pour 1/4 of the chilled tea into each glass-it should float on top of the lemonade, making a two-layer drink. Garnish each glass with a charred lemon slice, and serve immediately. 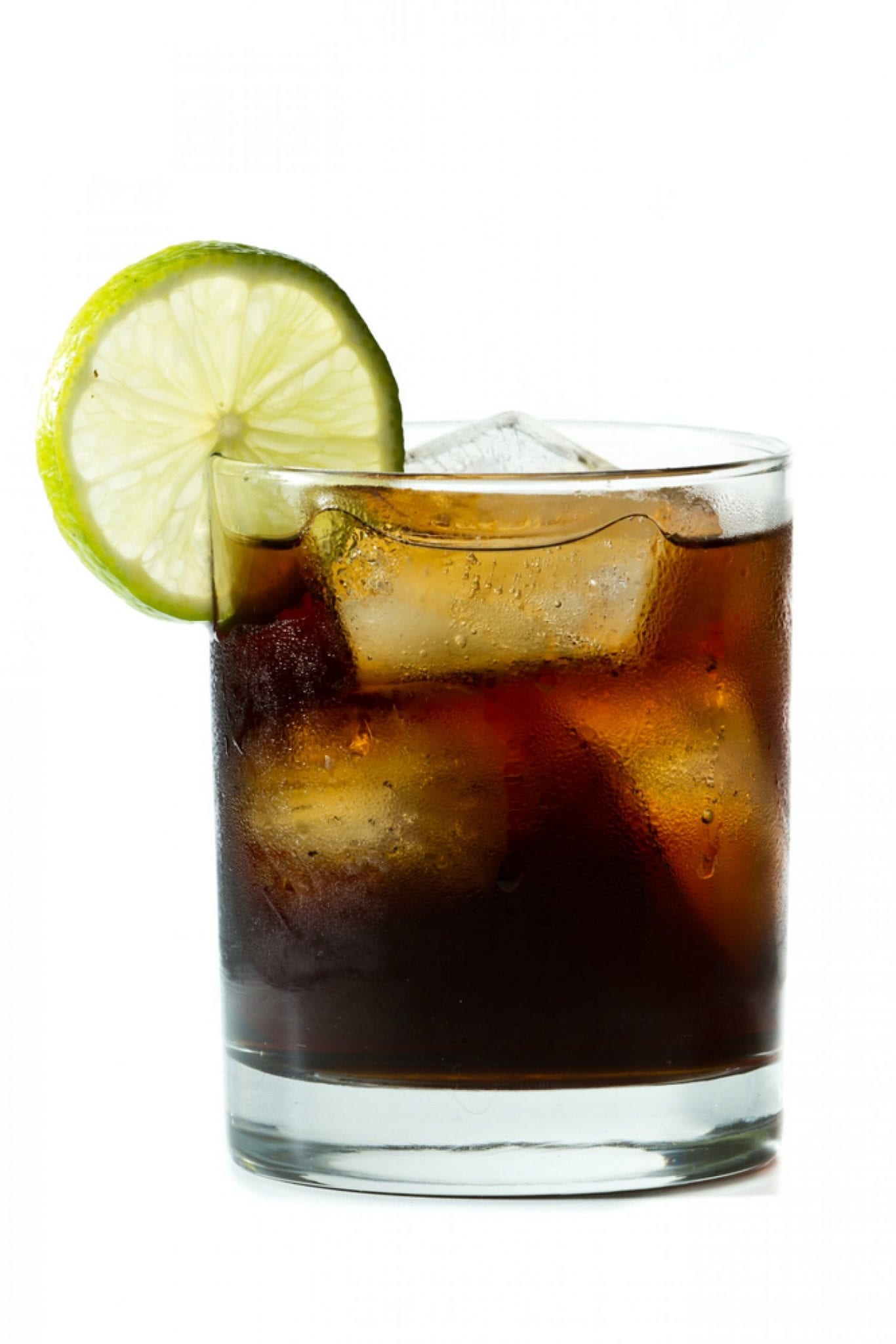 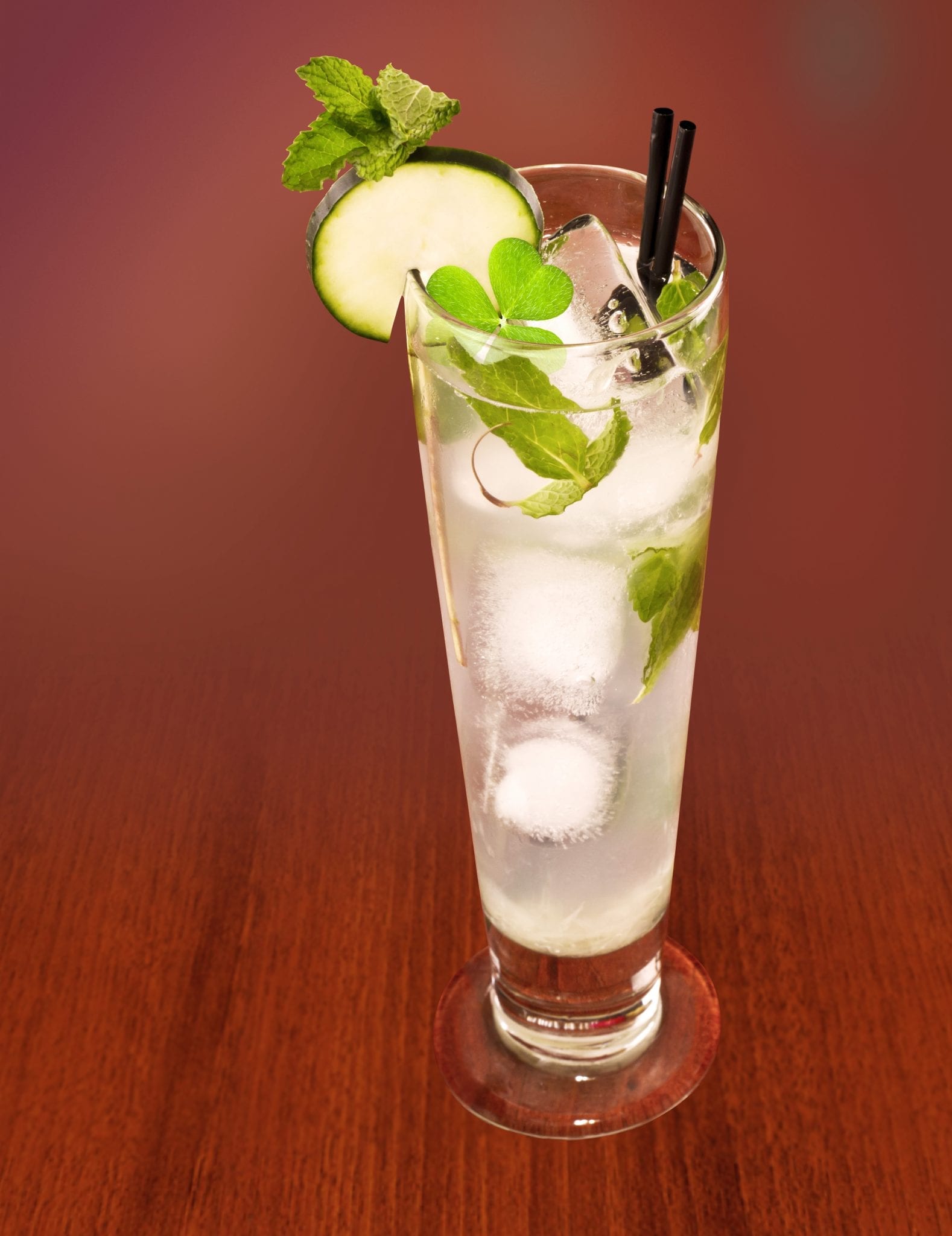 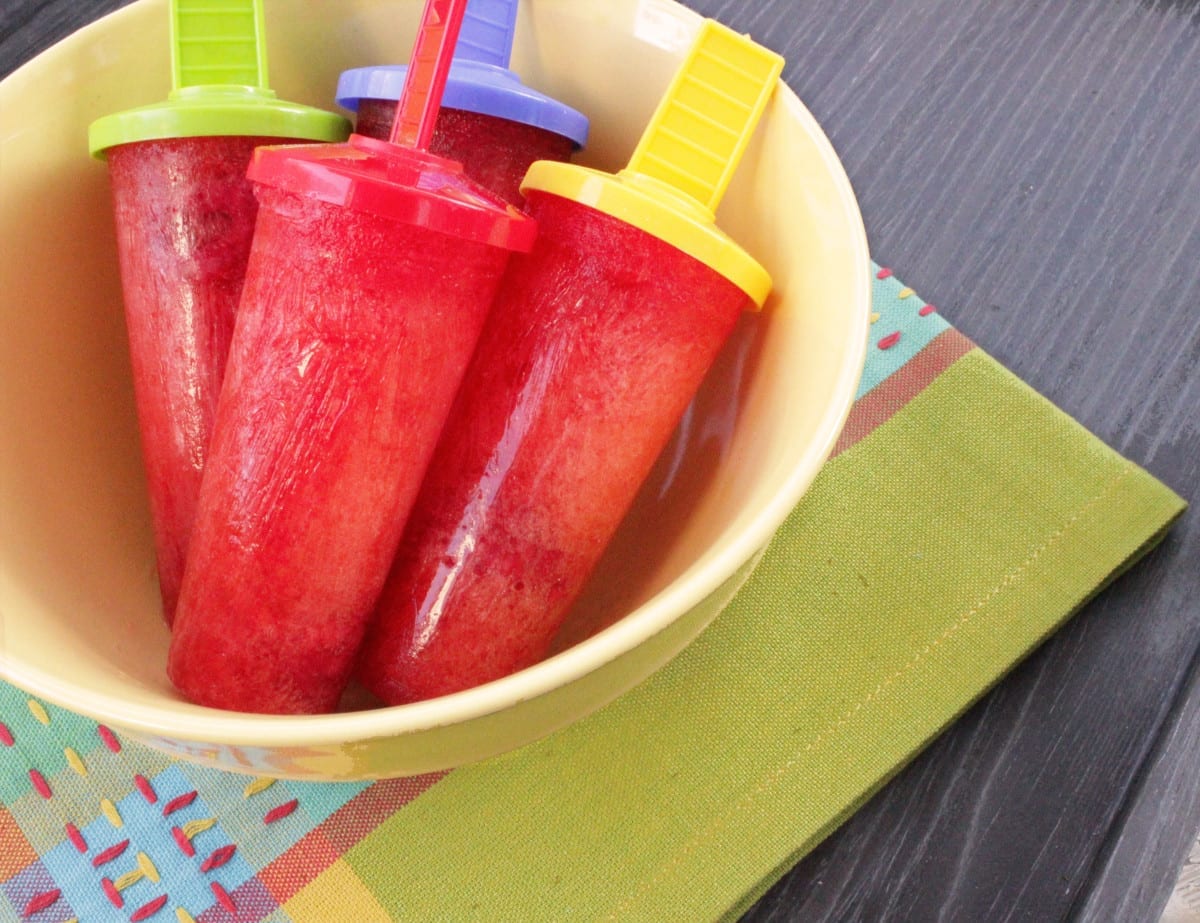