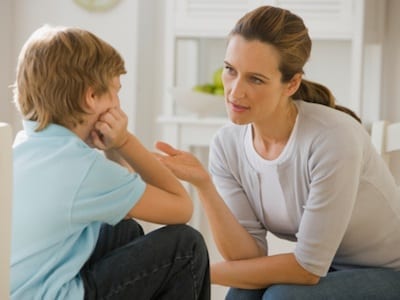 Yesterday, I was reminded of my role as a parent.

My son is my biggest blessing in life and I do not take that for granted, not one bit. I love him more than anything or anyone in this world and that love is unwavering…even when he steps out of line or likes to get sassy and test my nerves.

He will be 9 at the end of this month and lately I have been faced with attitude and his desire to be so independent. I feel like he has already reached his teenage years. He is a very strong-willed boy and is a stickler for the rules. He is just like his mama and makes me proud. He is definitely the definition of an Aquarius, all the way. I know one day he will make me even prouder by doing great things and being successful. I think it’s in his blood.

The only problem is that he is stubborn and rigid; he’s inflexible and wants things his way because he thinks he knows best. Once again, he is like his mama.

I know that he is just trying to find HIS role as a 9 year old third grader in a world where many demand that he and his behaviors fit in a certain box. I’ve never been one to conform with the masses. I’m sure my parents faced a lot of these difficulties as well.

I try not to hover and I help keep his attitude in check without squashing his confidence. I’m always reminding him to be mindful of other peoples’ opinions and keep him humble by letting him know when he is wrong about things. I guide him to be the best version of himself that he can be.

He can certainly be a challenge.

When he has an issue at school where is marked for something negative, we usually discuss it. He knows that hitting or acts of aggression aren’t tolerated at all…by his school or by us. He has had minor issues with this because he is squirmy and often flails his arms around. Usually it isn’t anything intentional. Very rarely do we get any notes from school about anything I consider serious. (some teachers want to nit-pick at behaviors)

So, it was a surprise yesterday when I found out that my son had used a curse word at school. I am thankful that he brought it up to me so that it could be addressed right away, but he really dodged taking responsibility for what he did. Actually, he tried to deny it at first saying others heard him wrong. He was trying to shift the blame onto others. Normally, I believe my son when he so passionately defends himself. This time I just knew that he was lying.

I had to tell him that I didn’t believe him.

It broke my heart, especially when he sobbed about it. And he sobbed for about 45 minutes. I stuck to my guns and told him that I didn’t believe him. Remember when our parents used to tell us, “Believe me, it hurts me more than it hurts you to do this…”? It was because of this that I firmly believe we were able to overcome the hurdle and move forward.

He finally admitted to it. I told him that sometimes we make bad choices, but it isn’t the end of the world if we do. We learn from it and make the conscious choice to not do it again. We talked about how cussing is disrespectful and tacky and really unnecessary.

I encouraged him to use other appropriate ways to express frustration or if he is upset about something.

What you set up now will be what they expect from you even years from now. Instill in them family values and morals and set healthy boundaries for them. It is important in my family to know what these are as they create a stable and happy life for us. Sometimes it can be painful for everyone to set those limits, but in the end, you will find a better resolve and more honesty.