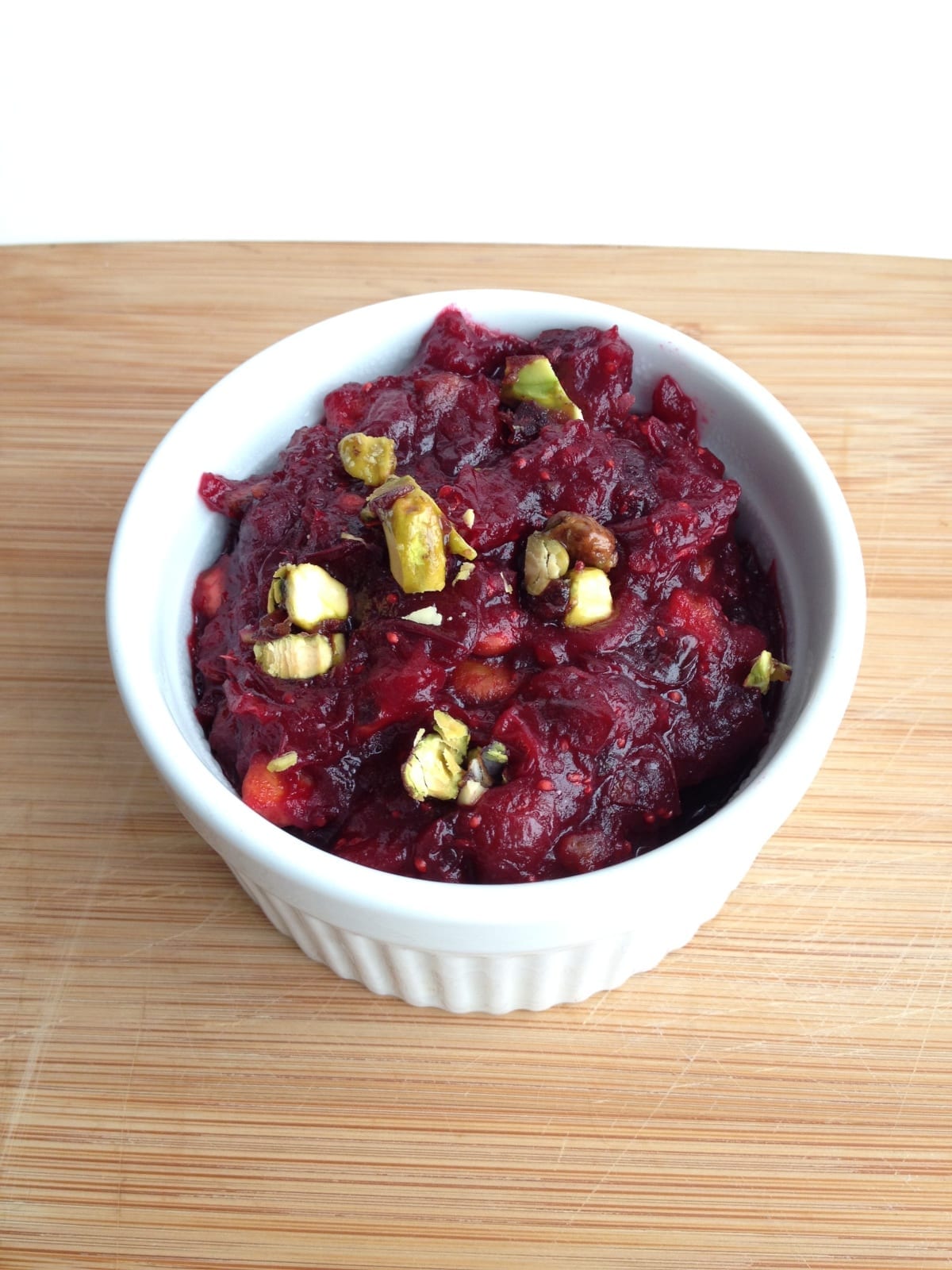 The recipe is nutritious, gluten free, vegan, and something you will want to make all year long.

Directions:
Heat a 2 quart sauce pot and add water and brown sugar. Bring to simmer over medium heat and add cinnamon stick, fresh or frozen cranberries, lemon juice and zest, and sea salt. Stir to incorporate all ingredients.
Simmer covered until berries burst and sauce thickens, stirring occasionally, about 10 minutes. Remove cinnamon stick and add in diced pistachios and dried cranberries. Cook about 1-2 minutes uncovered and remove from heat.
Serve warm or allow to cool, then refrigerate sauce over night.
Pistachio cranberry sauce can be made up to 3 days ahead.

L.A.-based sisters and celebrity chefs, Heather Goldberg and Jenny Engel of Spork Foods are vegan chefs that own a Los Angeles-based gourmet cooking school. The culinary duo are also cookbook authors and work with some of Hollywood’s elite including Emily and Zooey Deschanel, Kristen Bell and Dax Shepard, Kristin Bauer van Straten and Alicia Silverstone. 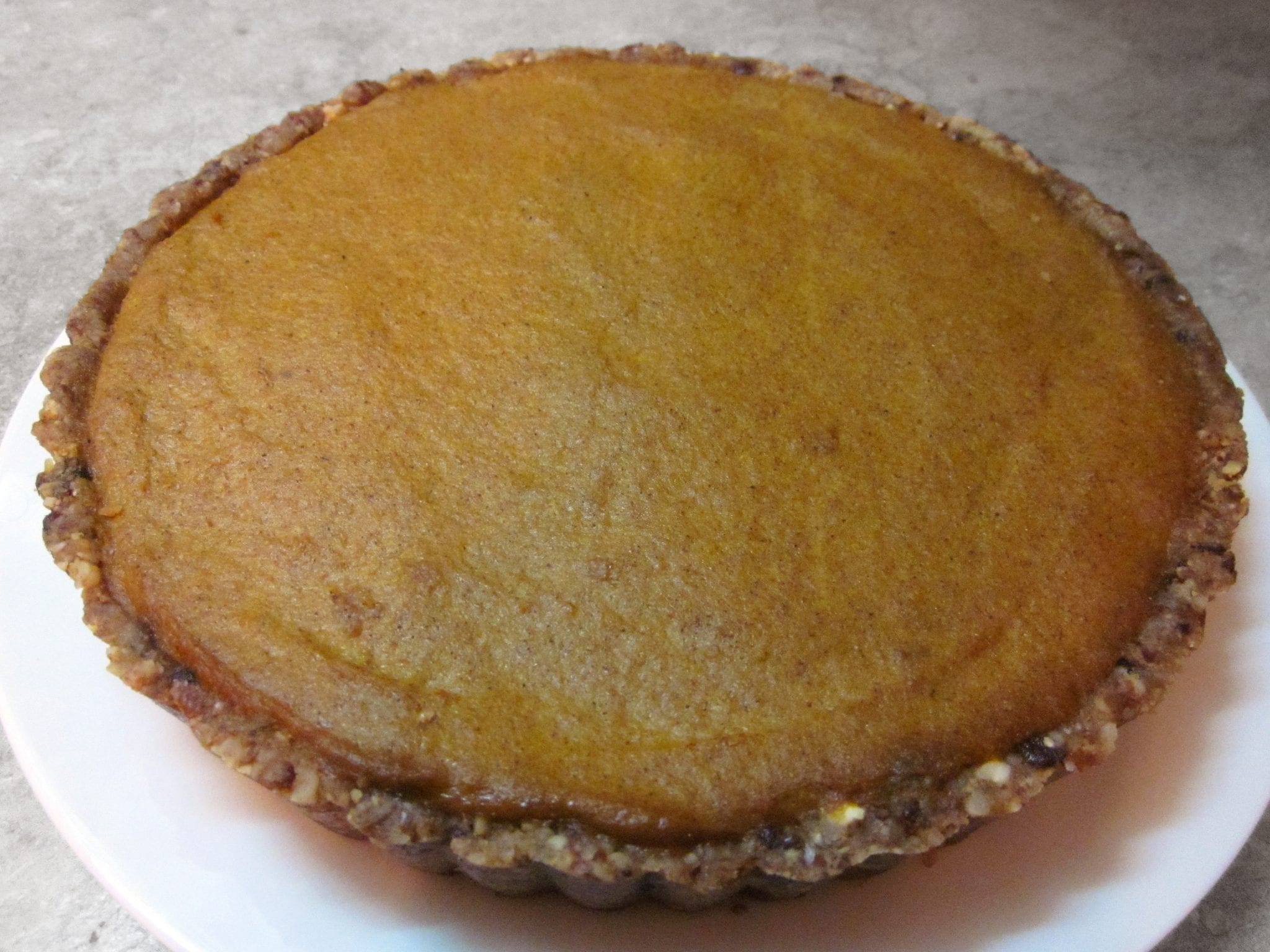 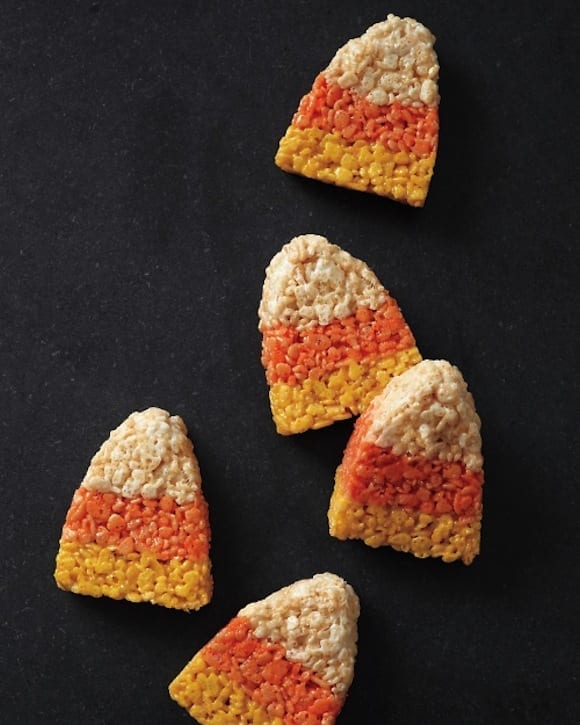 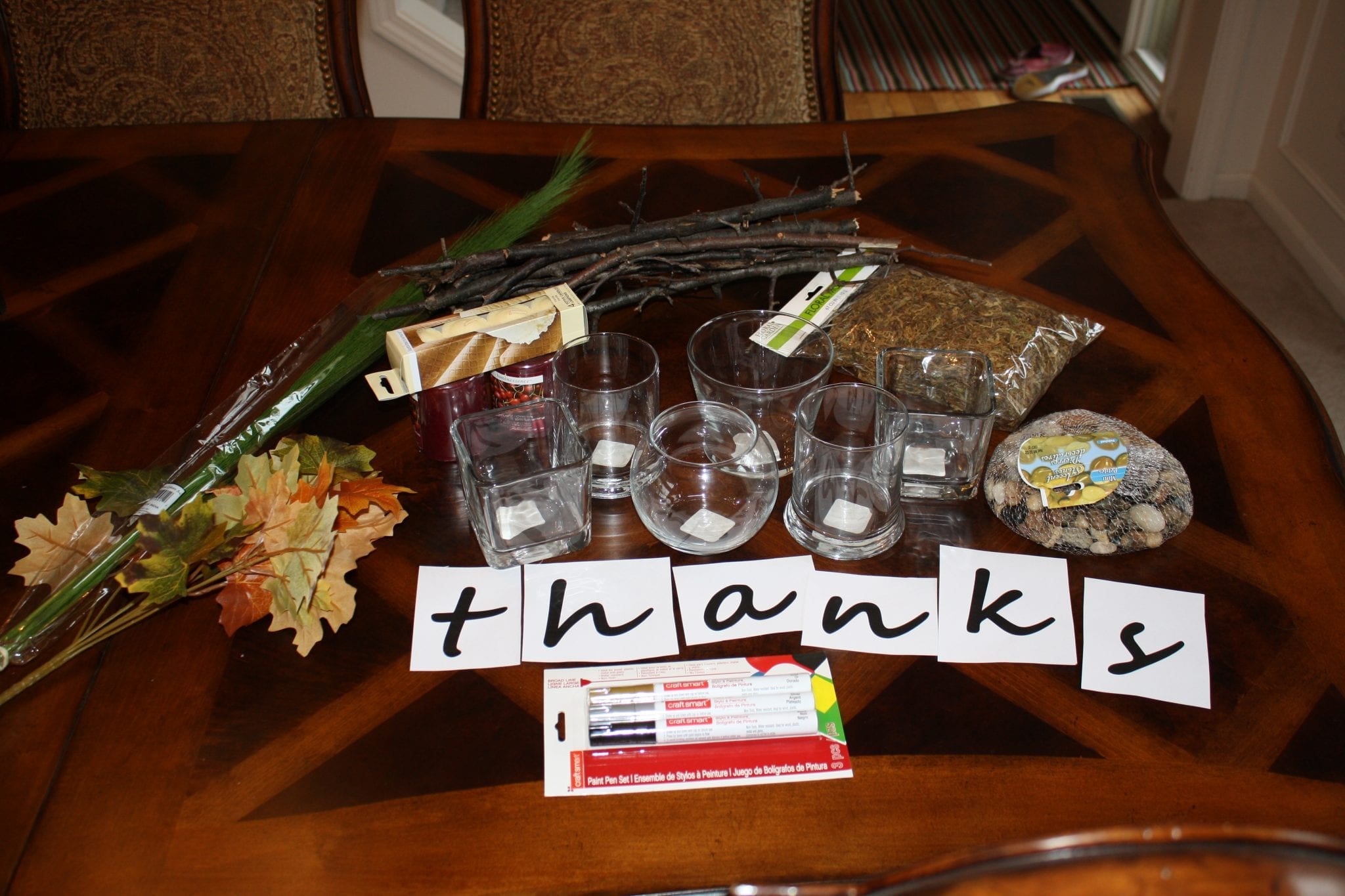