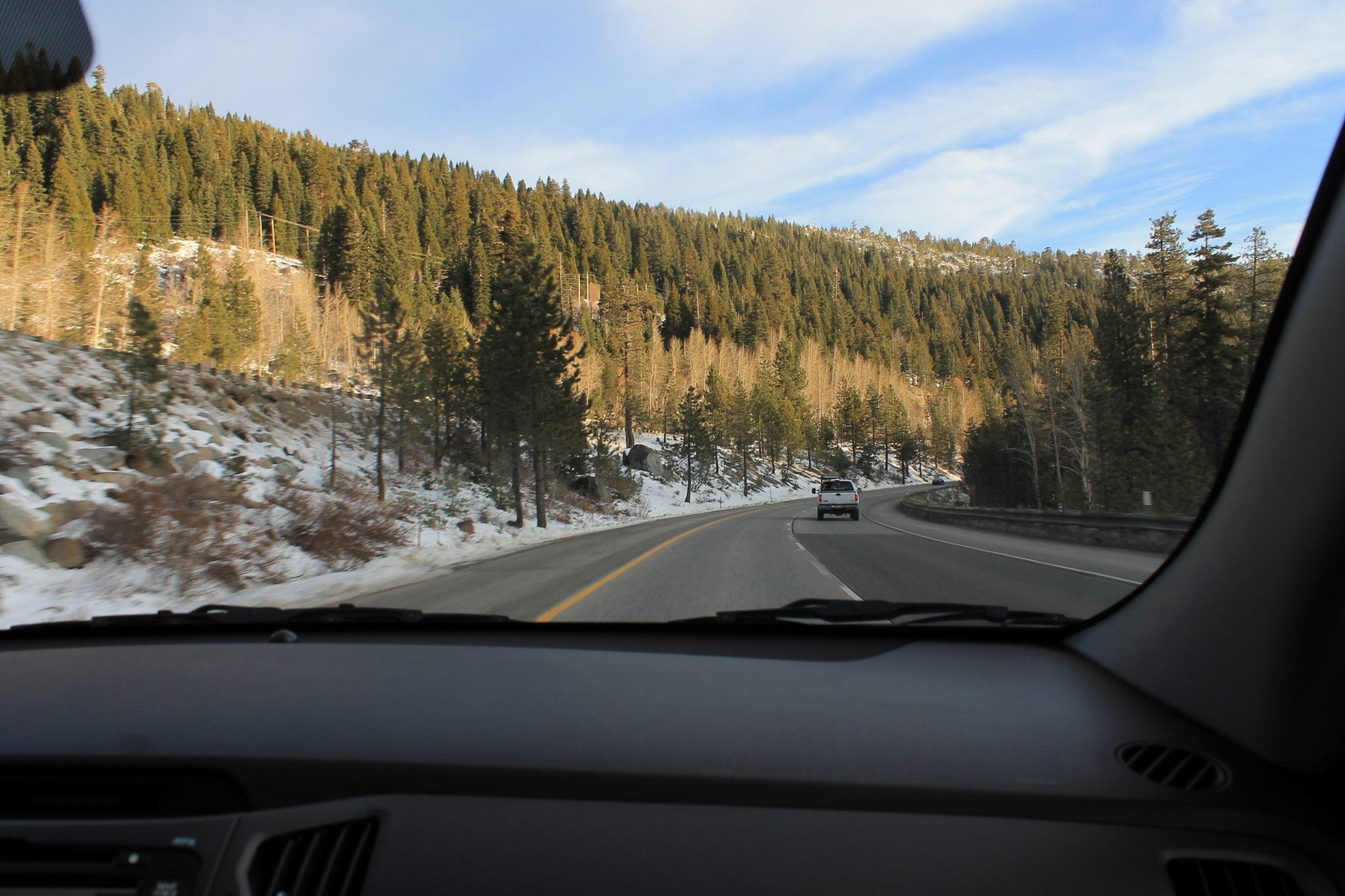 Forget what you think you know about Kia.

I’m here to tell you that their cars will impress you. Big time.

You see, I used to own a Kia Sportage myself. A 1999 Sportage. So I had an image in my head of what a Kia Sportage was, and it was just another small SUV. So when I had the chance to check out the new Sportage on a road trip from Sacramento, CA to Boise, ID I was amazed by how far Kia has come.

First off, let me just say that this car LOOKS great! Now, while I know that performance is so so much more important (I’ll get to that in a sec…) when this baby showed up I couldn’t believe how nice it looked! I thought it looked like a high end luxury SUV. Part of how I choose a car is based on looks. Granted, it’s a small part of my choice, but hey. I like me a good looking car, and I really like the look of the Sportage.

We (rather, I) tend to overpack for trips, and we were able to comfortably fit in the car with 2 suitcases, presents, pillows, toys, snacks, 2 computers (because we’re THAT family) and a partridge in a pear tree…

There is an awesome hidden storage compartment under the floor of the trunk, just in case you need MORE storage! So cool. 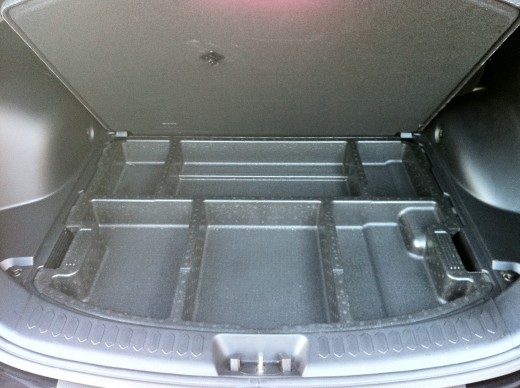 As far as leg room goes, that’s where I tend to write a car off. I am 5’9″ with lots of leg, so I am usually squished in the backseat of a car. But I had plenty of space, as did my 6’2″ brother-in-law (yep, I made him sit in the back!). I was really pleased with the amount of leg room, and the more leg room a car has, the less likely my little future soccer player will be able to kick my seat too. NICE.

We loved the audio features of it so so much! The Sportage comes standard with built in bluetooth for your car, a needed feature here in CA where you can’t use a hands held device (although you should use bluetooth even if that’s not a law in your state), and it also comes with usb/iPhone connections too! We were able to jam out to all the tunes from our phones, rather than worry about making mix tape cds for our trip ;) Some of the models come with voice command, too. Such a nice convenience to have when you’ve got kids in the car…one less worry! Just press the voice command button on the steering wheel and instruct the car on what to do! “Serius Channel 2” will immediately change to that channel! No more looking to see which buttons to push! Voice command can be used on almost anything in the dash. 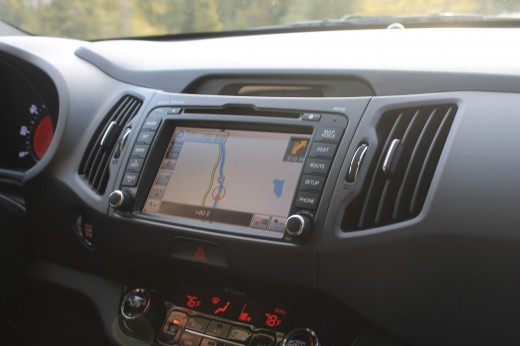 The Sportage we tested had a navigation system as well. I loved the system that Kia uses! We programmed in our destination address (Mom & Dad’s house) and it mapped out the trip, showed us how the traffic looked (upgraded nav feature) and how long it would take to get there. My favorite thing was that it could also tell you what TIME you would get there!! It was spot on accurate with the time, too. 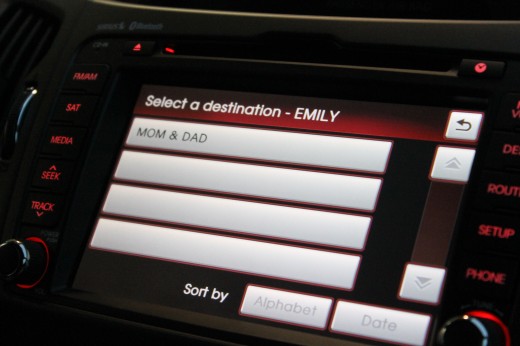 Let’s talk performance.
Holy toledo.
We had the Sportage SX with All Wheel Drive (AWD is needed if you travel over the Sierras in snow here in CA. Otherwise you wait hours to get a spot to put chains on. In the snow. bleh.) and boy oh boy was that a fuuuuun drive over the mountains! The SX comes standard with a Turbo engine that is incredibly strong. I am usually timid about passing other cars on the 2 lane highway in the middle of the trip up to Boise, but seriously I had no issue gunning the engine quickly enough to pass cars and feel safe. You’d think that turbo engine equals terrible gas mileage, right? Think again, friends! We averaged 28 mpg, and that included around town driving AND uphill (WAY uphill) driving through the Sierra Nevada mountain range. On the flat freeway, we got 31 mpg. No kidding. Amazing, right?! I was pleasantly surprised.

Saftey wise, you’re covered. There are airbags surrounding the front and sides of the car, extra beams in the car doors for side impact, excellent brakes and brake assist, and it comes with car seat latch systems on either side of the back seat as well as anchors behind the back seat for extra safety for your little.

Our ride was smooth, easy, comfortable and above all, fun… 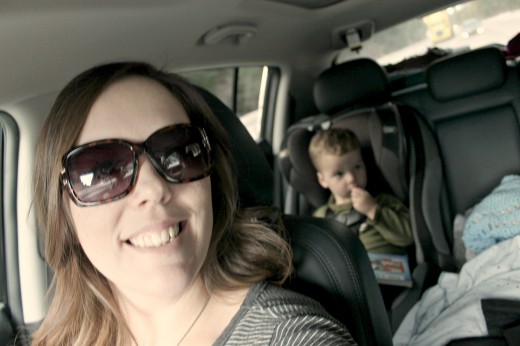 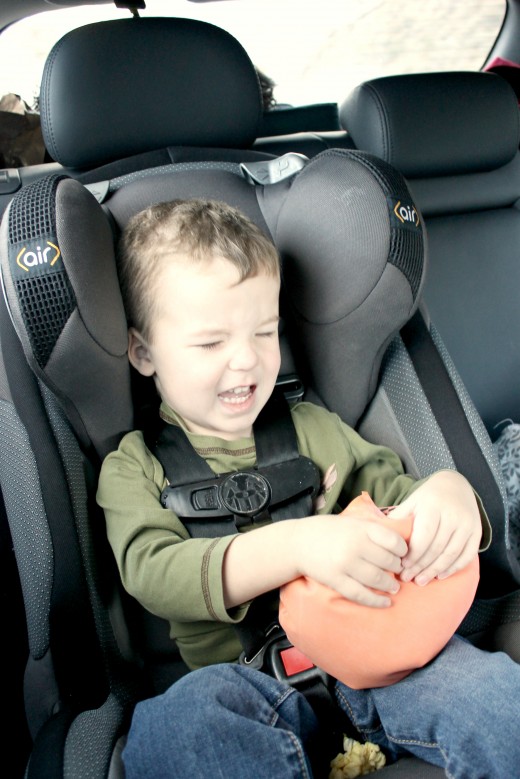 Yes, I gave my son a whoopie cushion to keep him busy. No Judging.

There were a only a few things that I disliked:

But we overall really liked it. If you had asked me before the trip how I felt about buying another Kia after owning my 1999 Sportage, I would have probably responded that I would prefer another brand. But after the trip?? I truly reccomend this car! It is a great family car for a smaller family, and one you can feel safe in. Kia has changed their image, their cars, and the performance of their cars for sure. The Sportage took us over the river, through the woods, over two mountain ranges and then some to get us safely to Grandmother’s house!

Kia supplied me with a Sportage SX AWD to review, but all opinions are my own. 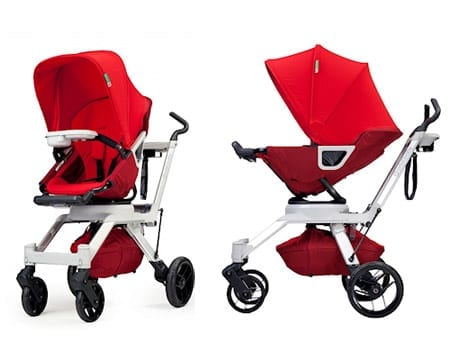 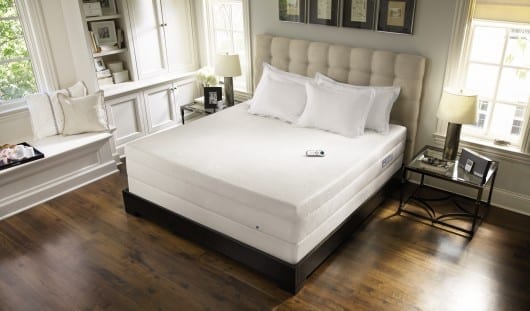 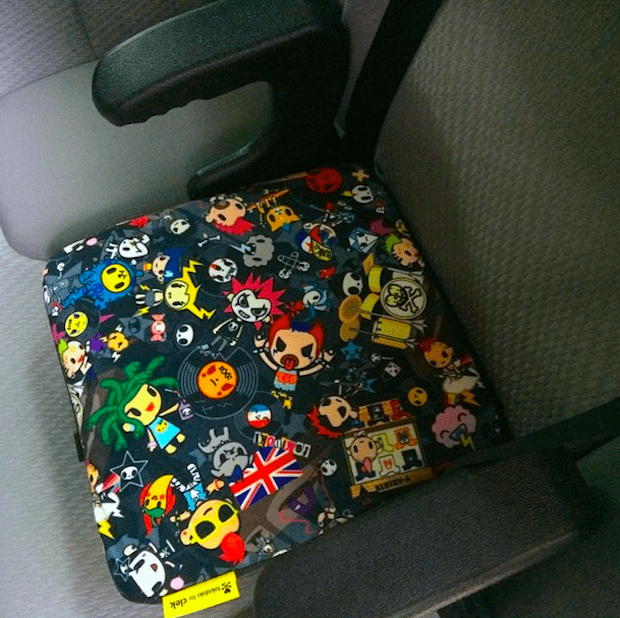