Ergo, Boba, Beco… the list goes on and on. If you are like me, you have seen about a dozen different baby carriers, and have read or heard many reasons why moms using that particular carrier think it’s THE one to have. Or if not, you at least have felt overwhelmed as to how to make a decision on which one works best for you, your baby or toddler, and your family. As moms, we are all different shapes and sizes, and our babies are all of different temperaments, so these carriers really aren’t “one size fits all”. And if you’ve seen the prices on these things, they don’t exactly lend to being careless about your decision.

Well, I found the perfect solution to this problem and I wanted to share my experience with it. It’s The Baby Carrier Trial from the store Heavenly Hold, which is located in Georgia. 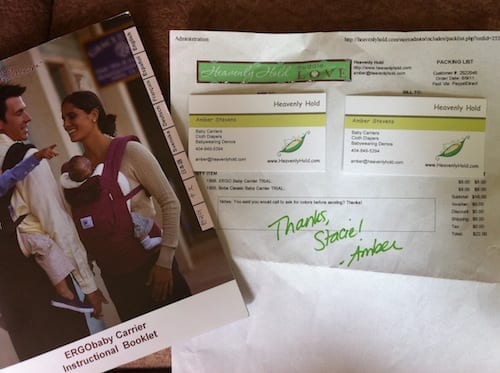 To explain the process, I’ll share with you my experience with the trial program. I went to the website for Heavenly Hold and I picked out which carriers I wanted to trial. The trial price is $8 per carrier (plus one $6 shipping charge) and you get to trial the carrier or carriers for 14 days. After 14 days, you send back what you don’t want, and keep what you do want with no obligation either way. Your $8 goes towards the purchase of the carrier you want to keep. You only lose your $8 for the carriers you decide to send back. What a deal for the piece of mind that you didn’t just spend over $100 on a carrier that either your baby or you figure out you don’t like after spending more than a few minutes in one!

When you pick out your carriers from the website, you can pick from 1-3 different carriers of the 11 different brands and models that they have to choose from. For me, I knew I wanted to test the Ergo and the Boba. Amber, the owner of Heavenly Hold is extremely personal, friendly and easy to work with. After I placed my order, she personally called me, and asked me about color preferences, and also helped me decide between the Organic Boba and the Classic Boba, because I was confused about the differences. She told me that the Boba I was getting was brand new and had never been trialed, and the Ergo had been trialed before, so therefore would have a 10% discount if I chose to purchase that one. At that time, she did get a credit card number from me to keep on file, to which the carrier I chose to keep would be charged (and also, of course, she also does it as an “insurance” to cover herself).

Three days later I got my carriers! I was so excited!

Both came with their original manuals, (but not in their original boxes) and were in perfect condition (even the previously trialed one). I tried them both for long periods of time. Walking around my house, going out downtown to our Thursday Night Live music in the park, walking around the neighborhood. I used both carriers as much as possible for those 14 days, trying to see which worked better for my 10 month old and me. My husband was starting to think I was crazy! After 14 days, I simply emailed Amber and told her which carrier I would be sending back, and she charged my credit card that she had on file for the one I was keeping. 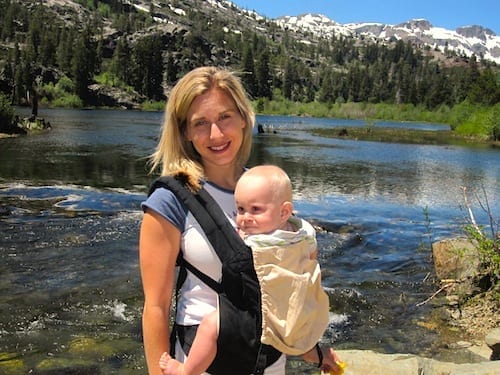 In the end, I chose the Ergo, which was the previously trialed carrier , so got a 10% discount for it. I now have an awesome carrier, that I already know with 100% confidence, that my baby and I love. We all win! Even my husband, who was seriously about to kill me every time I brought home or even mentioned a new carrier that I just “had” to have!

Today’s guest post is brought to us by Stacie. She says: “I am Stacie Bass, mom to 11 month old Corbin. I am an anesthesiologist, and live in Lexington, KY with Corbin and my Husband, Michael. The rest of my family is in Houston, TX and that is where I always will consider my home. I enjoy exercising, running, and mostly watching my son laugh, grow, and learn about the world around him.” 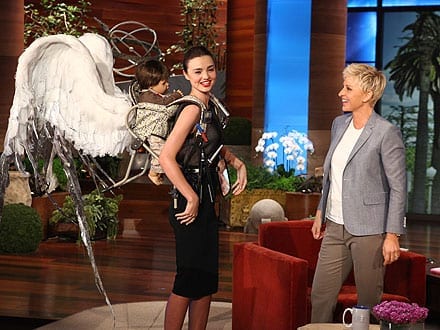