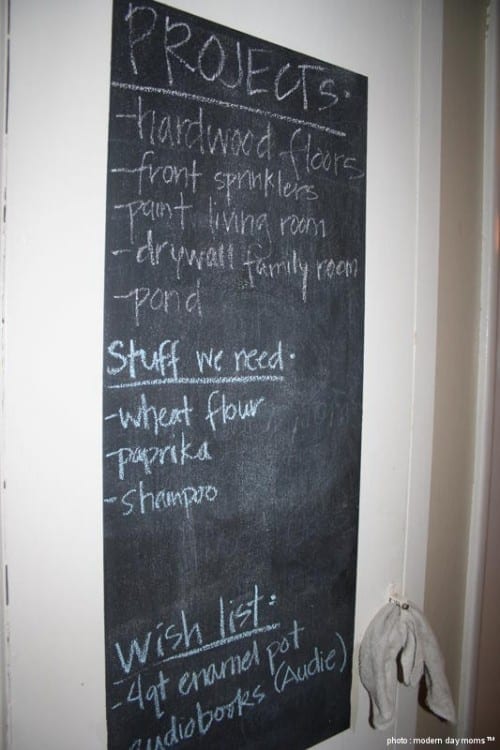 Recently, I wrote about chalkboard paint being my favorite thing. Here’s another idea!

When my daughter was 18 months old, I knew it wouldn’t be long before I was hiding crayons and pens so that she didn’t create a masterpiece’ on my walls. My husband was about to take off on a business trip and I knew I had a few nights to work on a project of my own. With the wheels turning, I decided to turn my boring hallway into a room in and of itself. I went to the local hardware store, bought some chalkboard paint (only$9!), a mini roller and some tape and headed home to put the little one to bed so I could paint my hallway. 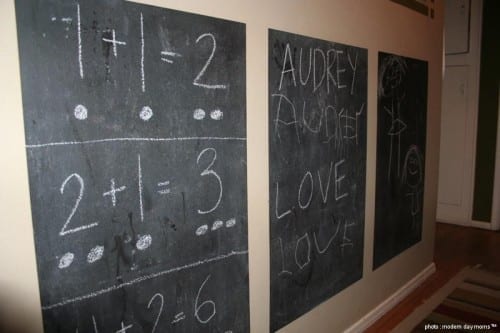 I have framed pictures all over my hallway but I had about a six foot space underneath on each side that wasn’t being used. I taped off a long rectangle on one side (for those future large murals, you know) and three smaller rectangles on the other (so there were three canvases’ for masterpieces). Then I got out my mini roller, poured some paint and painted away. It didn’t take more than an hour to measure the rectangles, tape them off and paint. Then the next two nights after my daughter was asleep, I put on additional coats. Having her asleep allowed the paint to dry so I didn’t worry about handprints that last forever! 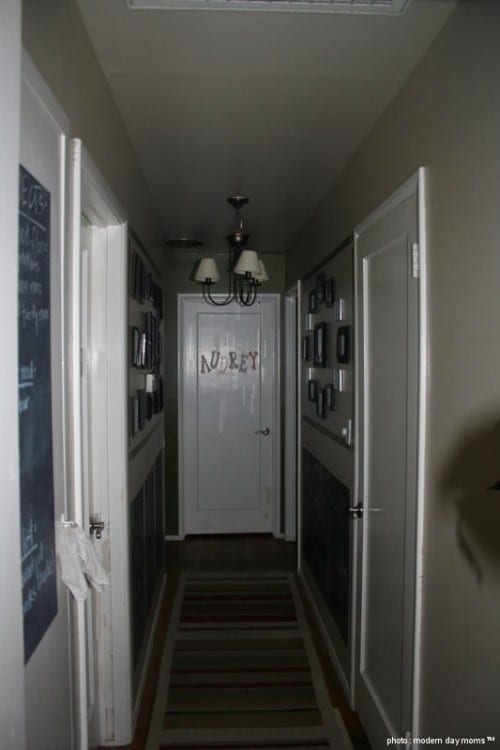 After letting it dry for three days, I conditioned it (rubbed a piece of chalk over the entire surface and wiped it off) and I am happy to say, it has turned a useless space into a room to spend time in. My daughter has spent countless hours drawing on the boards. As a toddler, she scribbled away. As a two year old, she learned her shapes. At three, she began writing her letters there and even wrote her name for the first time on it. Now at almost four, she is drawing pictures of our family, and writing words all day long. I have worked on her colors there, we have played matching games and just enjoyed coloring. It is one of my favorite places in the house.

I also have a pantry in my hallway whose door was just plain and boring. So I painted another rectangle on the door and it is where I write down things I need from the store, projects I want to work on and my wish list of things I want.

And who would have thought? I used to take my hallway space for granted-but not anymore.

Today’s post is brought to us by Megan. She lives in Northern California with her husband and their two little ones; Audrey and Owen. Up until a year ago, she was a pre-school teacher and has a degree in Early Childhood Education. Now a (lucky) full-time mom, she enjoys spending her days teaching the kids through play, cooking, yoga and creating. In her very spare time she is an artist and has her own line of little girls skirts. 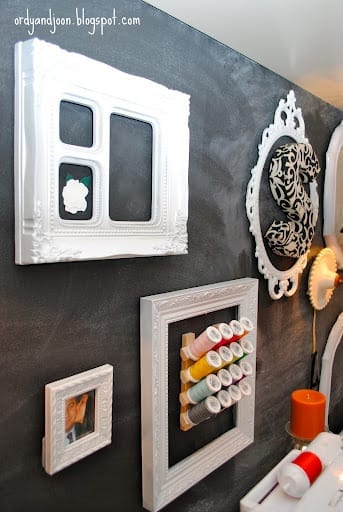 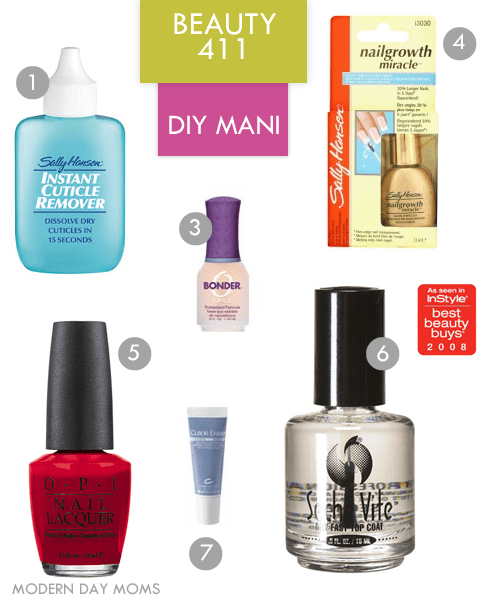